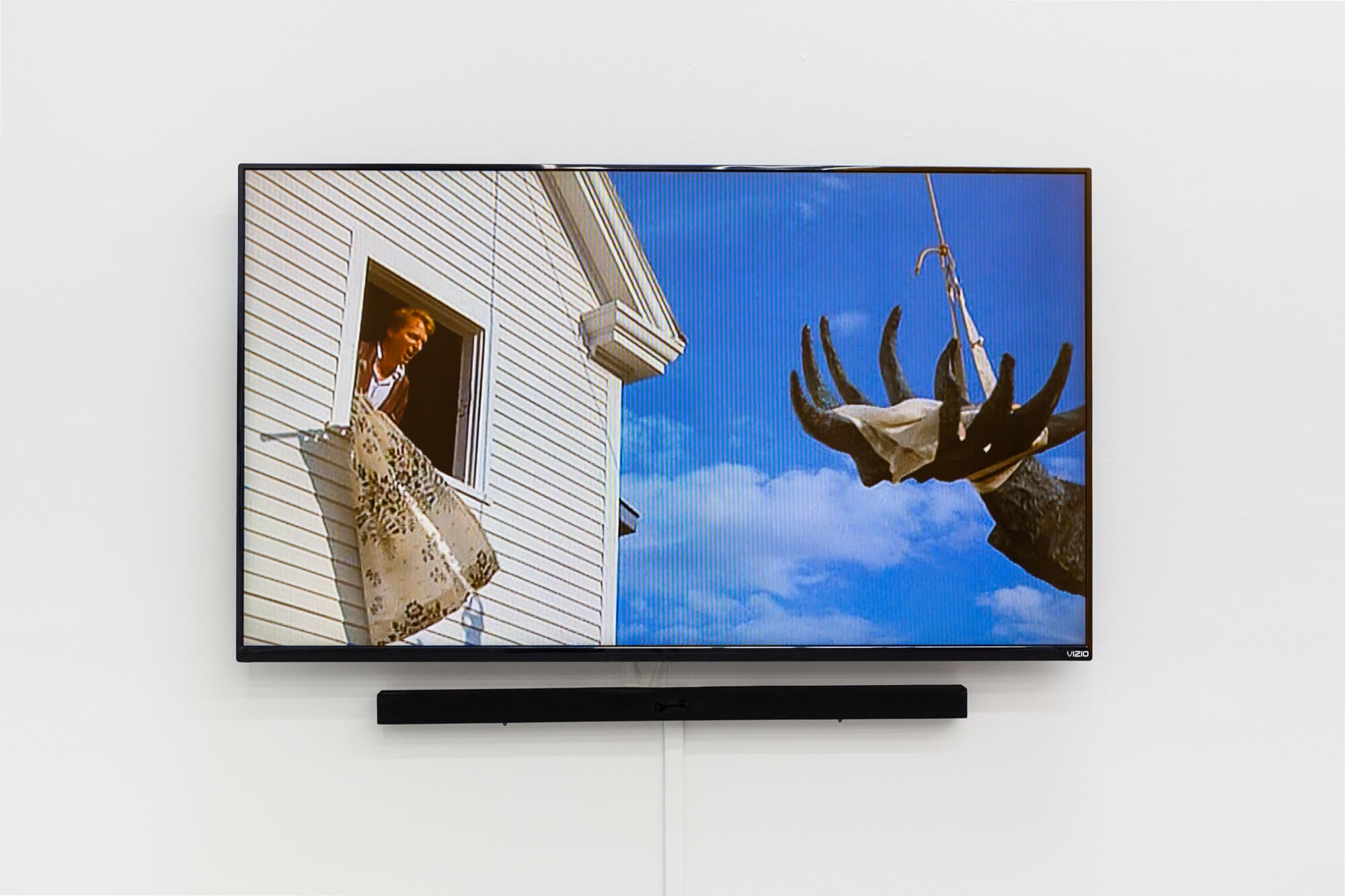 The nearly two dozen artists in this frequently hilarious show are not interested in cinema as an artistic medium; they’re interested in art as a cinematic prop, and in how the long-dead idea of artistic genius endures on Hollywood soundstages. Bertrand Lavier, an unlikely fan of “The Princess Diaries,” created a splatter painting in the manner of one of the characters. Cindy Sherman procured the actual painting that appeared in the 1945 film adaptation of “The Picture of Dorian Gray,” which hangs here alongside a veiled doppelgänger. The humdinger, unsurprisingly, is Christian Marclay’s super-cut of movie scenes featuring art being destroyed (look for Clive Owen in a shootout at the Guggenheim). Don’t leave without descending into the basement, where Amie Siegel is screening “9 1/2 Weeks,” starring Kim Basinger as an adventurous SoHo gallerina.