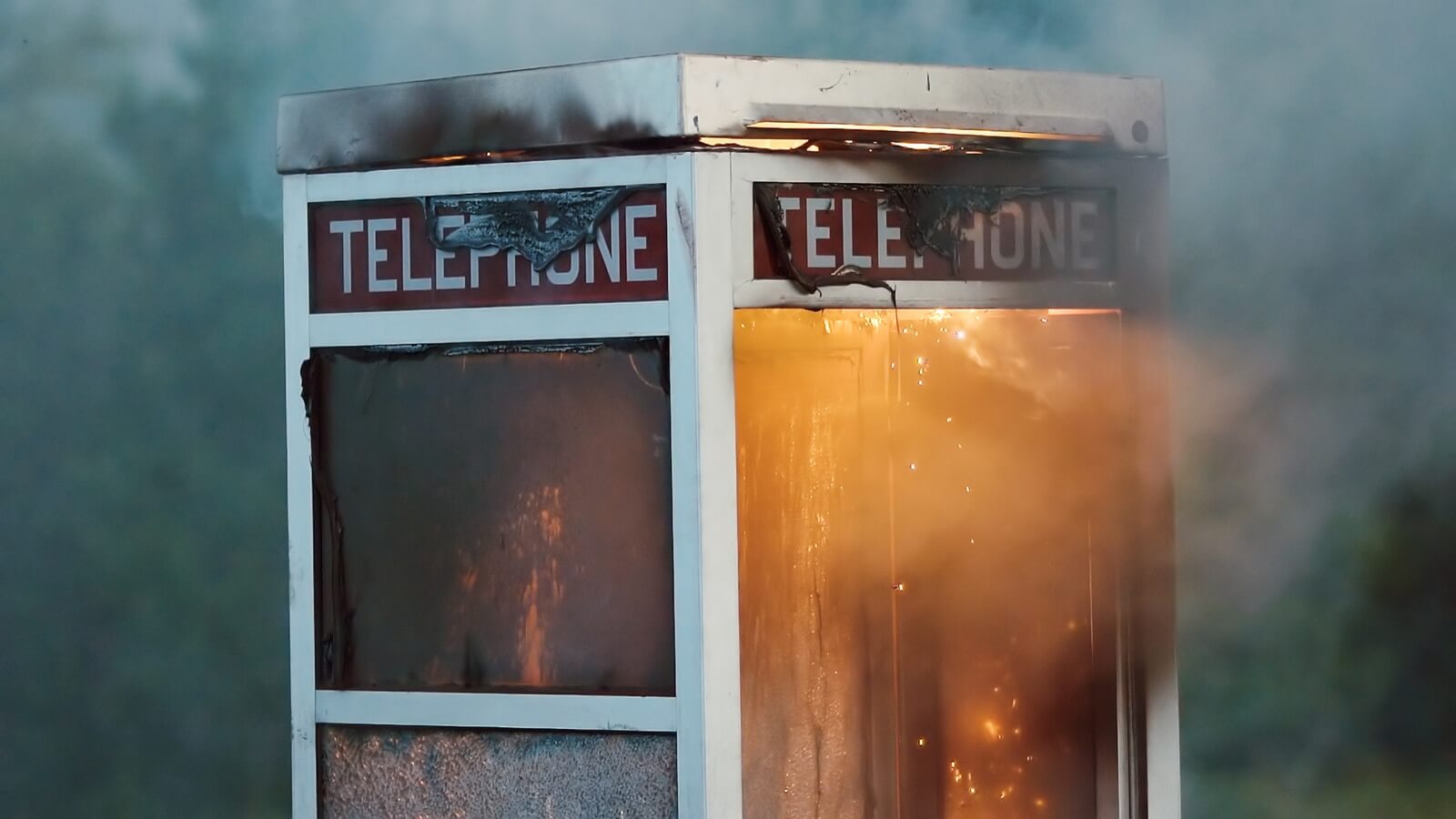 A man is on a call to a phone company: ‘I’m just trying to get this information to someone else’. That one line might be key to understanding the special loneliness and humour in the two video installations that make up Frank Heath’s ‘Blue Room’. In both, the soundtrack is a a recording of a phone call from a voice actor to a customer service provider. The same narrator describes a lost hollow nickel containing an SD memory card that, in turn, contains a video of a burning phone booth (The Hollow Coin, 2016). The guy on the phone is trying to get the coin back, explaining its connection to a Soviet spy who used the same device and, in War Pigeon (2017), the pigeons that were used as aerial photographers during World War I. History is conflated with slow shots of architecture, Wikipedia articles, a cityscape, the flaming phone booth. The calls are erratic, their logic and sequence unstable, a narrative device marked by a search for human connection.