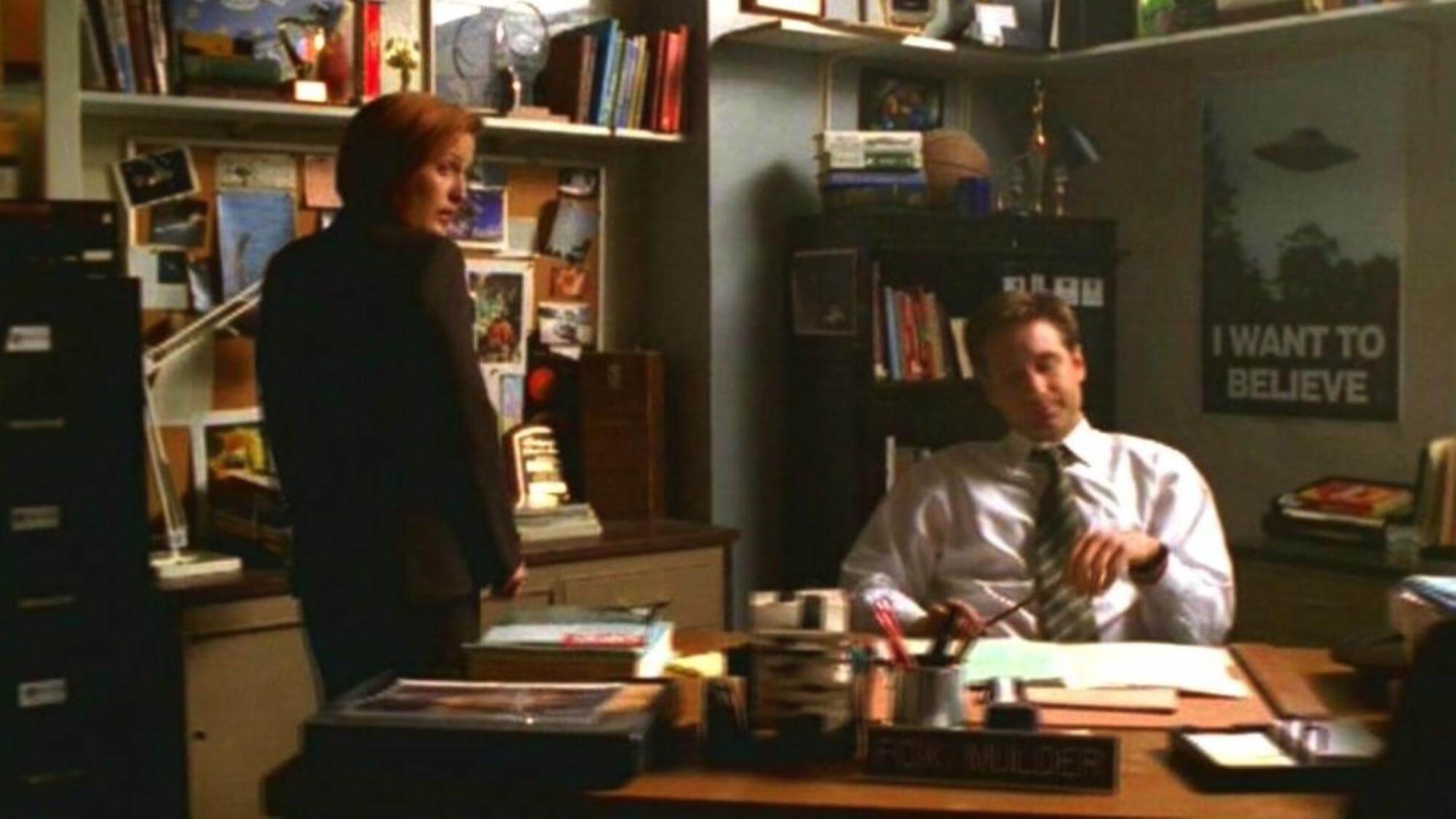 Ferris Bueller spent his day off snagging foul balls at Wrigley Field and performing on a float during the Von Steuben Day parade, but the notorious truant and his posse also made a memorable stop at the Art Institute of Chicago. Soundtracked by a clarinet version of The Smiths’ “Please, Please, Please Let Me Get What I Want,” the trio gazed upon works including Chagall’s America Windows, a series of Picasso’s Cubist portraits, and perhaps most memorably, Seurat’s Sunday Afternoon. It’s that iconic Pointillist piece that brings about Cameron’s much-theorized existential awakening; art becomes a window into the character’s deepest insecurities.

A new exhibition at the Swiss Institute Gallery in New York — titled FADE IN: INT. ART GALLERY – DAY — seeks to explore what roles artworks play in classic movies, soap operas, science fiction, pornography, and musicals. FADE IN features contributions from 25 artists — works that have been “sourced, reproduced and created in response to artworks that have been made to appear on-screen, whether as props, set dressings, plot devices, or character cues,” the exhibition’s release reads.

The gallery itself has been recast as a set for these dramatic scenes, interrogating the distinctions and connections between props and art objects. How do film and television perceive art works and their value? How does art drive plot and develop character? FADE IN stages a unique enquiry into “whether these fictional depictions in mass media ultimately have greater influence in defining a collective understanding of art than art itself does.”