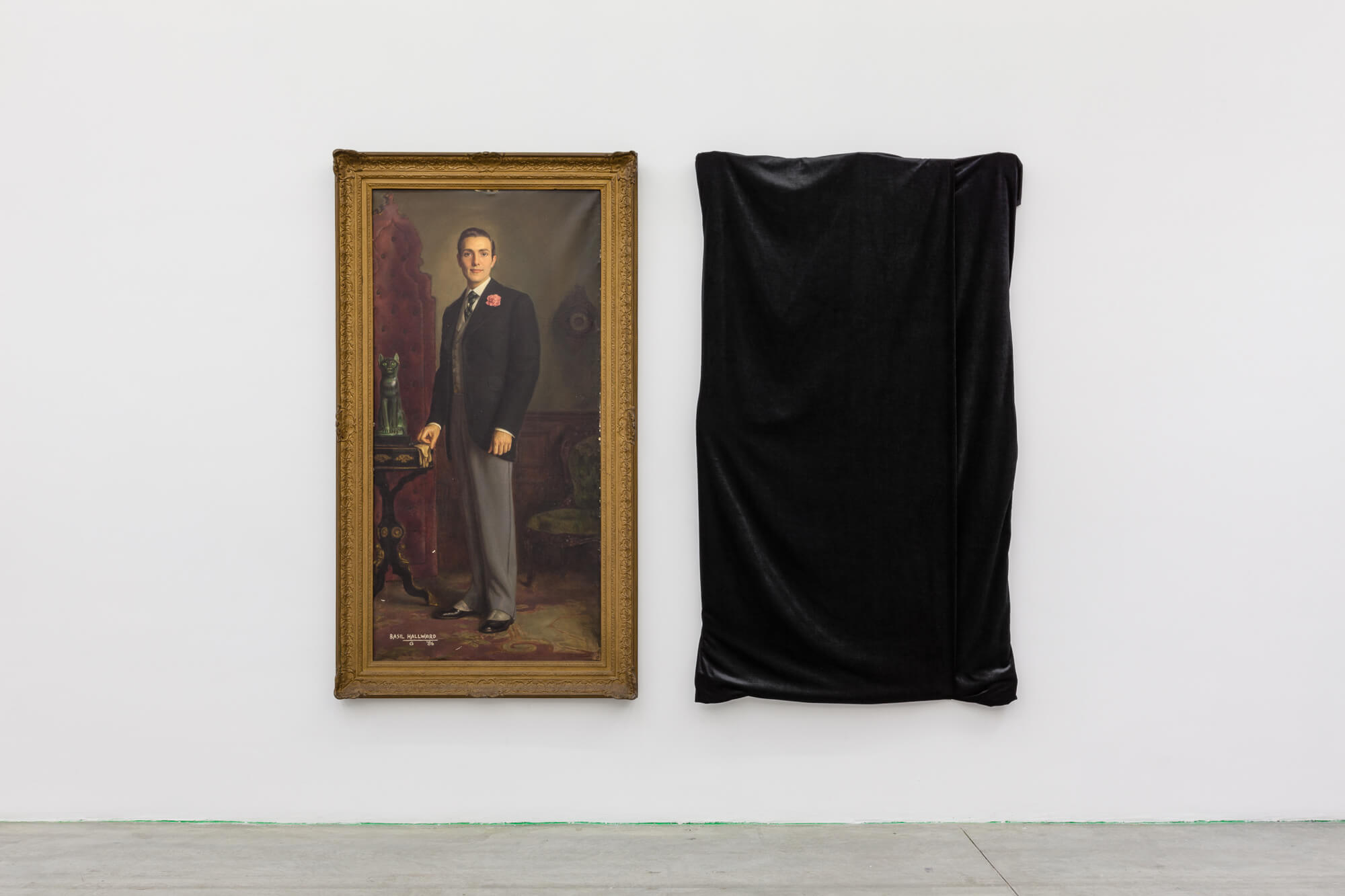 The paintings and sculptures created for cinematic worlds are elements of set decoration rather than masterpieces. Yet they are nonetheless tasked with playing the role of Art and communicating nuanced ideas about class, taste, and refinement. Included in “Fade In” are more than a dozen commissions that explore this ambiguity. Unsurprisingly, perhaps, many of the results are overtly theatrical. Brice Dellsperger re-created the neon airbrushed mural from the opening scene of the roller-rink fantasy Xanadu—and the work practically begs visitors to pose in front of it. Some of the strongest commissions include the actual objects that have appeared in various movies and TV shows. A diptych by Cindy Sherman pairs a canvas shrouded in black velvet with the portrait of Hurd Hatfield in the guise of Dorian Gray created for a 1945 film. Bland and workmanlike, the portrait draws its power from its psychic baggage—the collective memories of being creeped out by the film adaptation of Oscar Wilde’s supernatural tale. (Viewers unfamiliar with the 1945 film might feel the same way about the portrait of Vigo the Carpathian from Ghostbusters 2.)

Slightly hidden in the basement storage room is a site-specific installation by Amie Siegel: a projection of steamy scenes from 9½ Weeks, a 1986 film about a sexy SoHo art dealer. It’s a nod to the Swiss Institute’s own role as an art-world outlier in a once-artist-friendly neighborhood that’s now more likely to be used as a movie set; in this show, SoHo plays itself. —William S. Smith