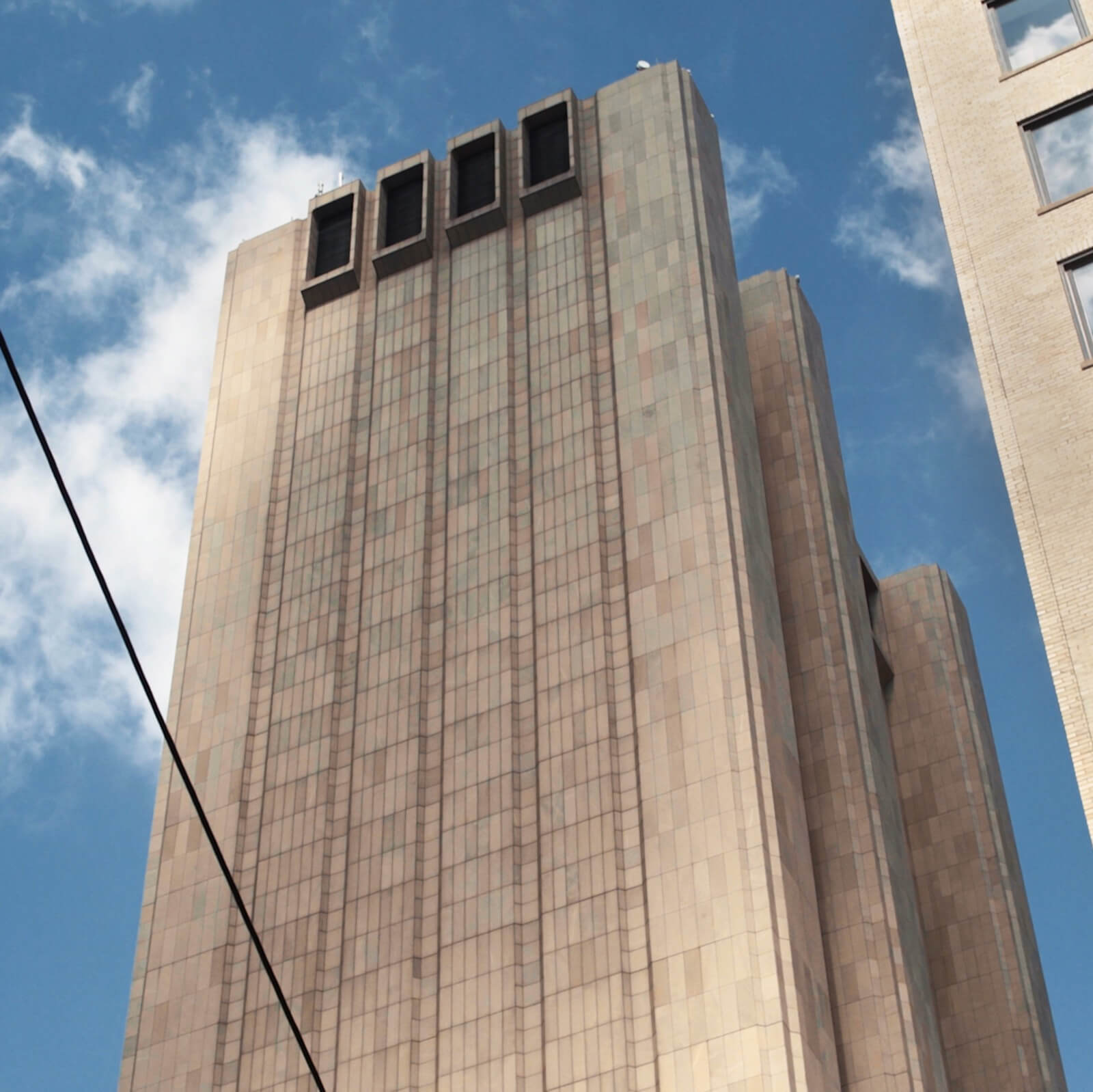 33 Thomas Street, a distinctive brutalist skyscraper with no windows, is located few steps away from Swiss Institute. Formerly called the Long Lines Building, and owned by AT&T, it was designed as a telephone and communications exchange, able to withstand a nuclear attack. The building plays a central role in Frank Heath’s The Hollow Coin (2016), currently on view at Swiss Institute, and has attracted significant interest over the past few years, from researchers, storytellers, artists and activists. Exploring the role that the building has played in the history of New York technologically, politically and imaginatively, please join architectural historian Addison Godel, who published an analysis of the building’s design in terms of ideologies, fears and networks in 2015; Henrik Moltke who, with Laura Poitras, revealed the building to be an NSA hub for surveillance in their recent short documentary Project X (2016); and Lucy Teitler, a playwright and screenwriter on the television hacker drama Mr Robot, which featured a plot to blow up the building in its latest season finale.

Addison Godel is an architectural historian working on his Ph.D. at Columbia University’s Graduate School of Architecture, Planning and Preservation. His research concerns the role of architecture as a point of political interface between urban populations and large technological systems, focusing on case studies from New York City in the decades following World War II.

Lucy Teitler is a playwright and screenwriter, and was a staff writer for season two of the award-winning USA series Mr. Robot. She is a contributing writer at Motherboard, the science and tech section of VICE magazine. Her play ENGAGEMENTS opened at Second Stage Uptown in 2016.

Henrik Moltke is a freelance journalist, researcher, and filmmaker, and co-director of Project X (2016) with Laura Poitras. His recent work has appeared in The New York Times, The Intercept, and at the Whitney Museum of American Art. Moltke won the 2014 Danish Investigative Journalism Award and was nominated for the Cavling Prize, the most prestigious award in Danish journalism. He co-directed the 2007 documentary film Good Copy Bad Copy and has produced several award-winning long-format radio documentaries and cross-media features.