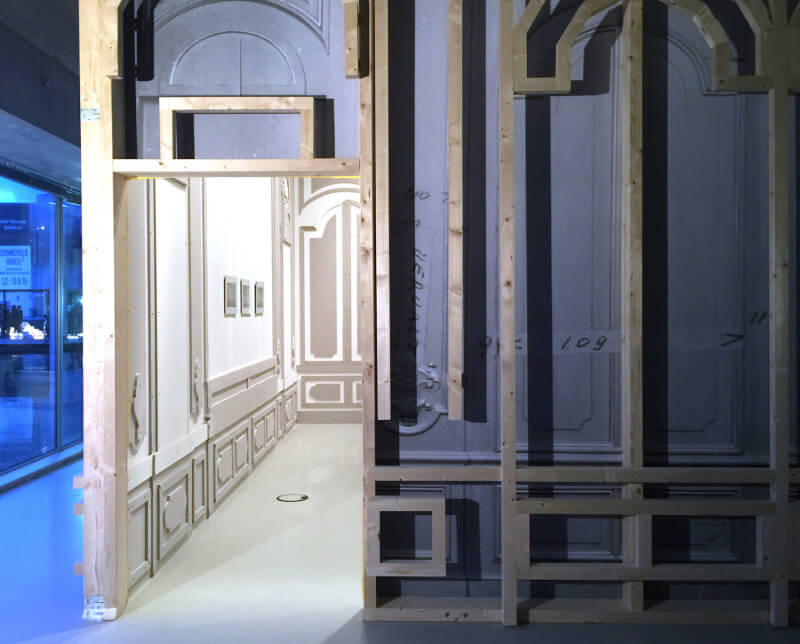 On the occasion of Work Hard: Selections by Valentin Carron, please join us as we continue to look at artists working as curators.

Using the curious story of a set of Stedeljik Museum Period Rooms, Andreas Angelidakis investigates how our exhibition spaces came to be mostly white. The talk will focus on the recent exhibition Period Rooms at the Nieuwe Instituut in Rotterdam, where the historical rooms are engaged in a hallucinatory argument with the “White Cube.” Recent projects such as Crash Pad for the 8th Berlin Biennial, Every End is a Beginning at the National Museum of Contemporary Art in Athens and Fin de Siècle at Swiss Institute will be used to highlight aspects from Angelidakis’s exhibition practice where the artist becomes curator, the exhibition becomes a medium and the exhibition device an exhibited object.

Andreas Angelidakis lives and works in Athens. Trained as an architect, Angelidakis switches roles between artist, curator, architect and teacher. His multidisciplinary practice often focuses around the internet, and the perceptive and behavioral changes it has brought about. Inspired by the city of Athens, his work often deals with the notion of ruin, be it ancient, contemporary or imaginary. The ruin becomes a vehicle for a building’s unfulfilled potential, powered by emotional, psychological or historical hallucination. Angelidakis has consistently challenged the expected end-product of architectural practice by reversing the representation to realization sequence of the production of buildings. He often starts with an existing building, producing models, films, ruins, installations or alternative histories, blurring fact and fiction, smoothing out the borders between the real and the virtual. Recent exhibitions include System of Objects, The Dakis Joannou Collection Reloaded by Andreas Angelidakis at DESTE Foundation in Athens (co-curator and exhibition architecture), 2013; DO-IT Moscow at Garage, 2014 (exhibition architecture); Crash Pad, A preliminary statement for the 8th Berlin Biennial, 2014 (artist); Every End is A Beginning at National Museum of Contemporary Art Athens, 2014 (artist, co-curator); Fin de Siècle at Swiss Institute / Contemporary Art, New York, 2014 (curator, exhibition architecture); and 1:1 Period Rooms at Het Nieuwe Instituut, Rotterdam, 2015 (artist, curator). Upcoming shows include Alexandro Jodorowsky at CAPC Bordeaux, 2015 (exhibition architecture); 12th Baltic Triennial at CAC Vilnius, 2015 (exhibition architecture); and Supersuperstudio at PAC, Milano, 2015 (co-curator, exhibition architecture).