‘The St. Petersburg Paradox’ at the Swiss Institute

This show’s introductory text panel defines the economic and gambling conundrum of risk known as the St. Petersburg Paradox. But you barely need to read (or understand) it to grasp that the works of the exhibition’s 13 artists revolve around themes of chance and games.

Douglas Gordon’s “Bad Faith” (1994) is a two-channel video that resulted when he bet the entire production budget from an art commission that snow would fall in Stuttgart, Germany, on Christmas. (The video chronicles the local weather.) A 1916 collage by Jean Arp is partly composed by dropping squares of paper on another sheet.

Sarah Ortmeyer’s “Sankt Petersburg Paradox” (2014) is a large, chaotic scatter piece involving numerous chessboards and several species of natural eggs, as if contrasting the elevated competition of board games with the dice toss of genetics. And in the elegant 1983 video “You the Better,” Ericka Beckman chronicles the playing of an abstruse if stylish cross between basketball and discus throwing. (It stars the artist Ashley Bickerton, looking impossibly young.)

But the main events here are breakout works by two relative newcomers. “A*,” by the digital artist Tabor Robak, is a 14-screen animation extravaganza that churns through various video game and movie genres, mostly at the horror end of the spectrum, bursting with synthetic color and tilting viewpoints. Commissioned by the Swiss Institute, this piece is repellent but mesmerizing, introducing a talent to reckon with.

Cayetano Ferrer’s “Remnant Recomposition” has a similar visual force; it covers the upper level of the space with a gaudy but luxuriant patchwork of carpet remnants, mostly from gambling casinos, which turn out to be a genre all their own.

As if to anoint the instincts of these two younger artists, John Miller’s 1999 “Labyrinth 1,” a close-up of the set of the game show perennial “The Price is Right” that is printed on canvas, offers a precedent for their Technicolor artifice. 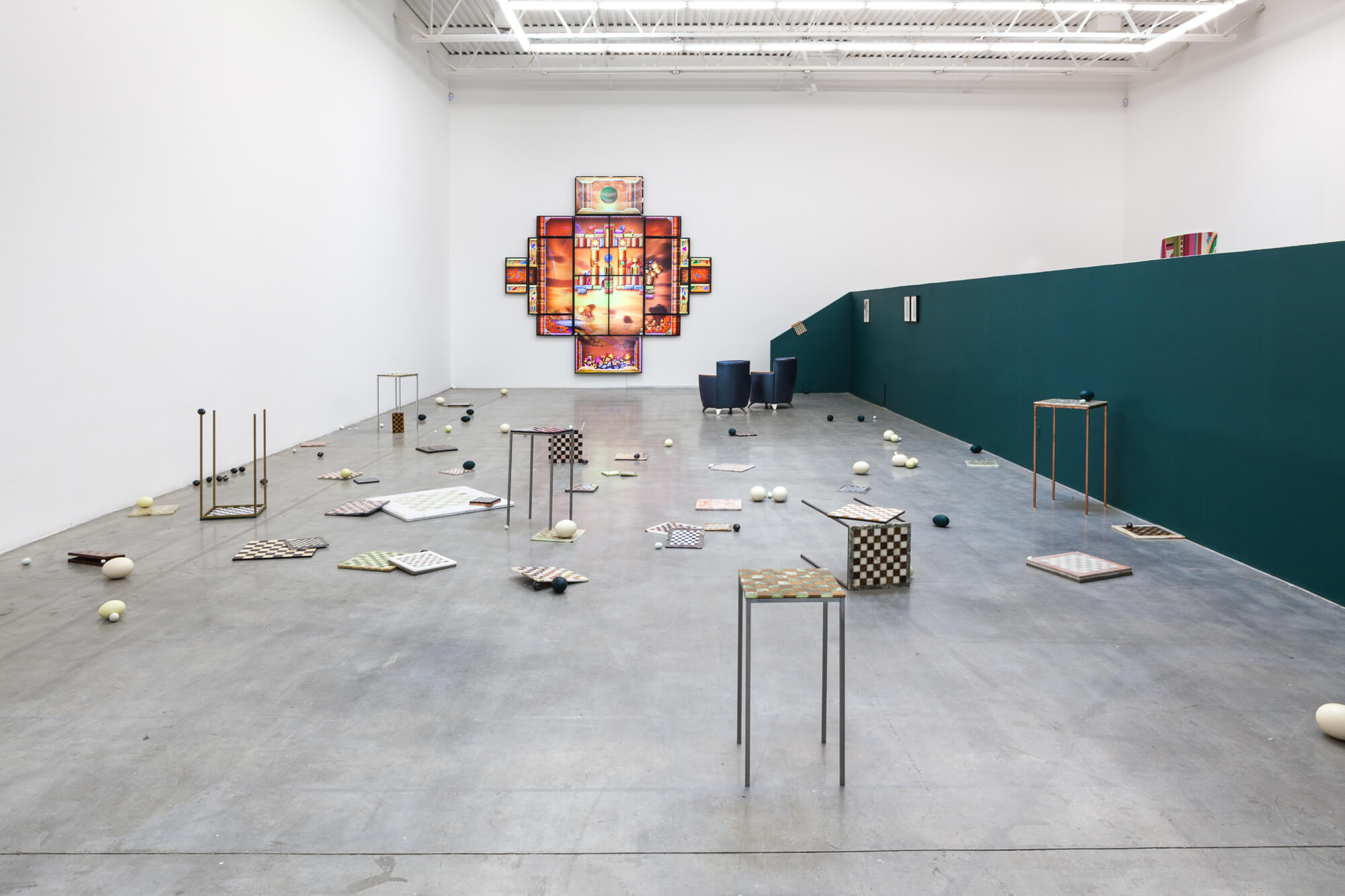