…The fair with the most buzz this year, is in one sense, the least visable: the Dark Fair, at the Swiss Institute in Soho. It was organized by a group of artists that include the brothers Scott and Tyson Reeder and Scott’s wife, Elysia Borrowy-Reeder, who in 2006 staged a fair in a Milwaukee bowling alley. This “subversive and experimental, miniature art fair,” as they described it, eliminates most sources of natural and electric light. The diner-style booths, painted black, were inspired by the seating at a favorite artists’ hangout in Milwaukee… 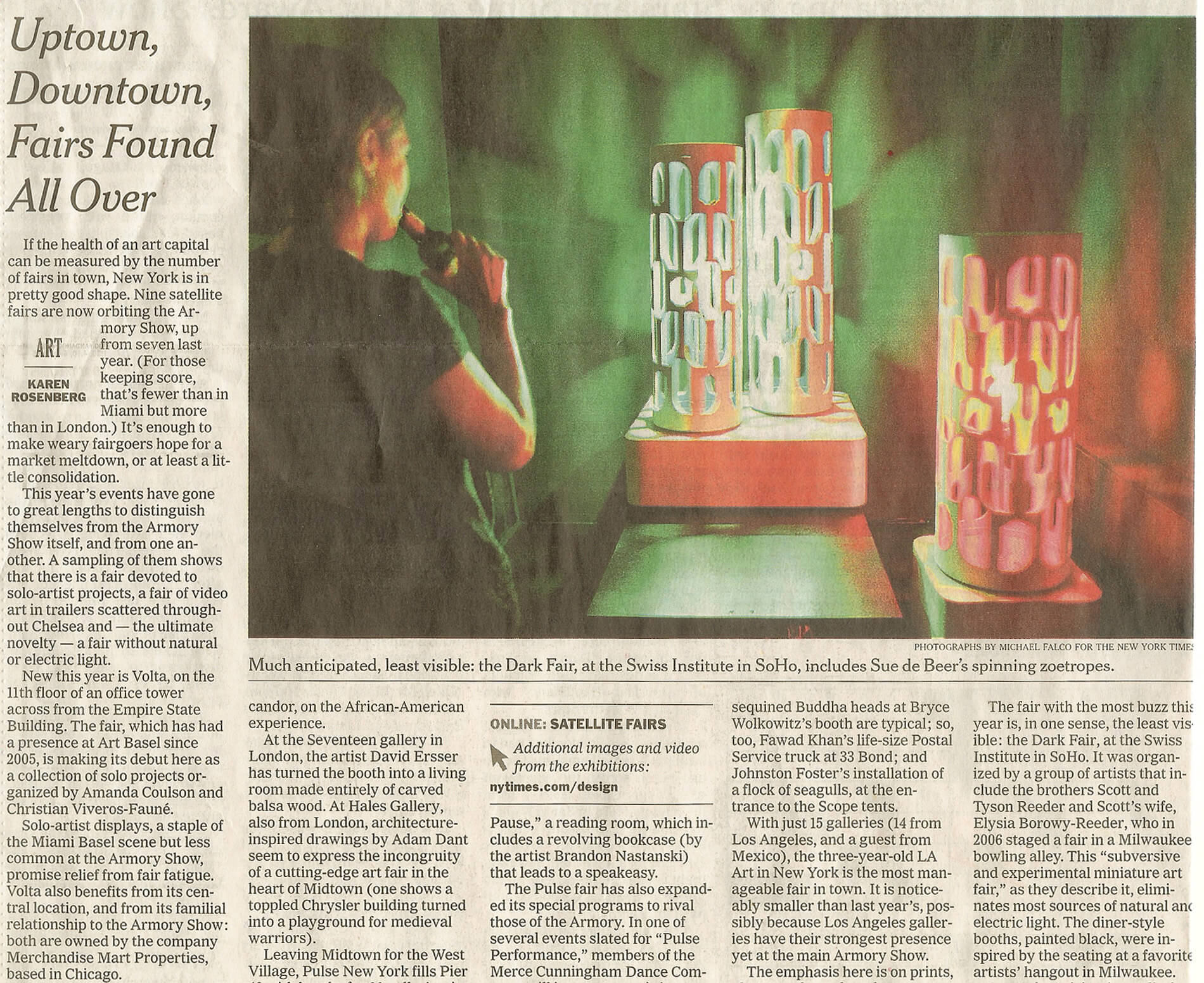