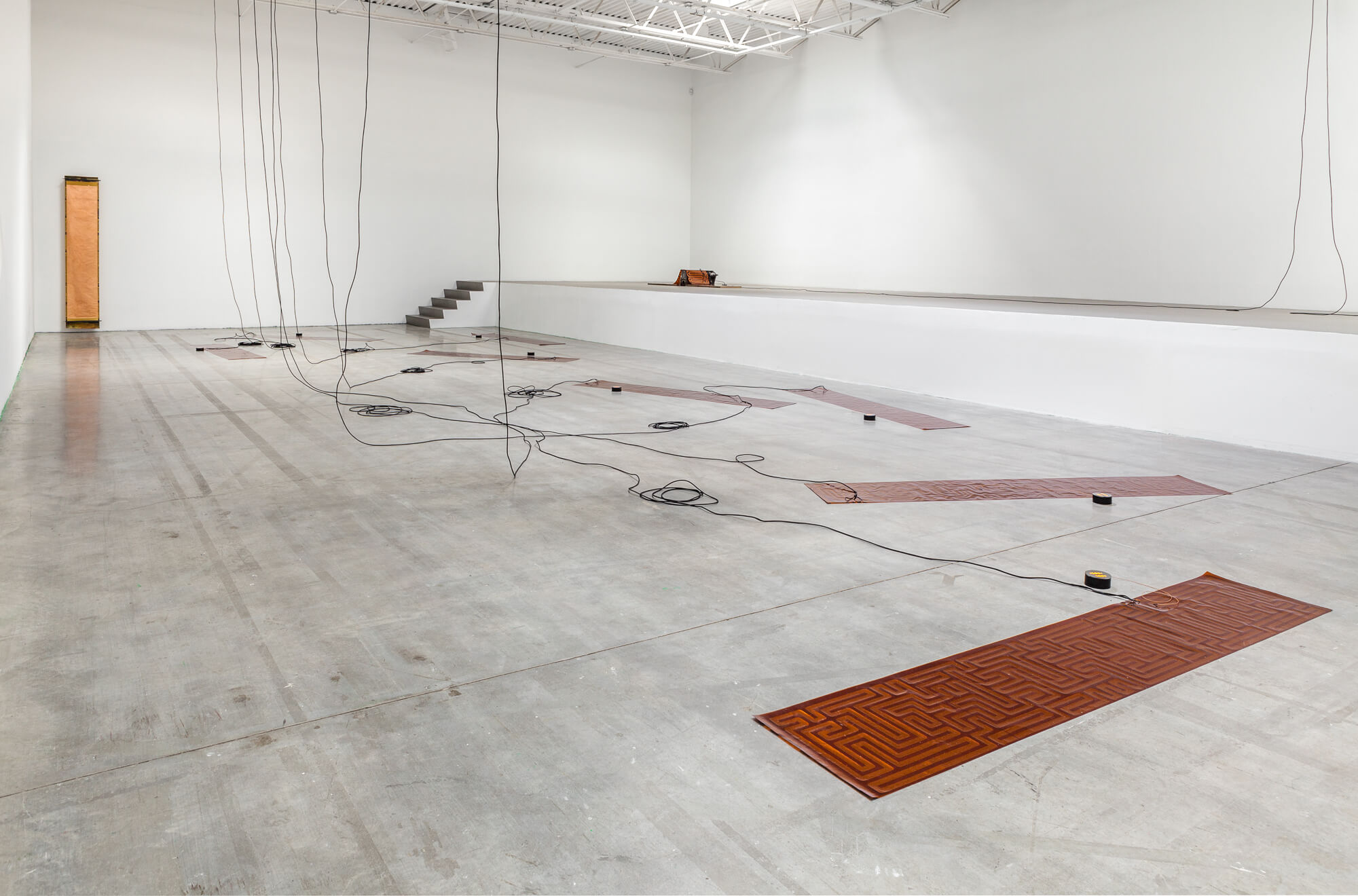 Sam Lewitt’s “Less Light Warm Words” is the last exhibition at the Swiss Institute in its Wooster Street space. The show feels like an appropriate send–off, since Mr. Lewitt, who started as a conceptual photographer, has moved increasingly into what might be called sculptural institutional critique, focusing on the infrastructures of buildings.

For this show, Mr. Lewitt removed the fluorescent light bulbs from the ceiling fixtures and redirected the electrical current to custom-made copper heating units. Laid out on the floor or humped into simple geometric shapes, the slim copper pads — similar to those used in satellites and medical equipment — recall the minimalist copperplate floor installations of Carl Andre and of Dada or Fluxus art that responded to contemporary technology.

There is also a sensory element to the installation: You can feel the copper pads warming the space. (Most, according to the LED monitors connected to the units, are in the 130–degree-Fahrenheit range.) But Mr. Lewitt is also interested in issues beyond the flow of electricity: the movement of global capital, political power and philosophical movements like phenomenology, which concerns how our consciousness of our bodies affects our experience of reality.

Mr. Lewitt’s work is a symbolic illustration of these ideas. And yet, the copper circuits actually do heat up the space — in other words, affect the world around us. Many of the components used in these devices are also made by Foxconn, the world’s largest manufacturer of electronics, whose labor practices have been criticized. In this sense, where some of Mr. Lewitt’s projects have been excessively arcane, this one is beautifully realized: a simple yet effective revelation of how bodies, energy and materials are in some way all connected.