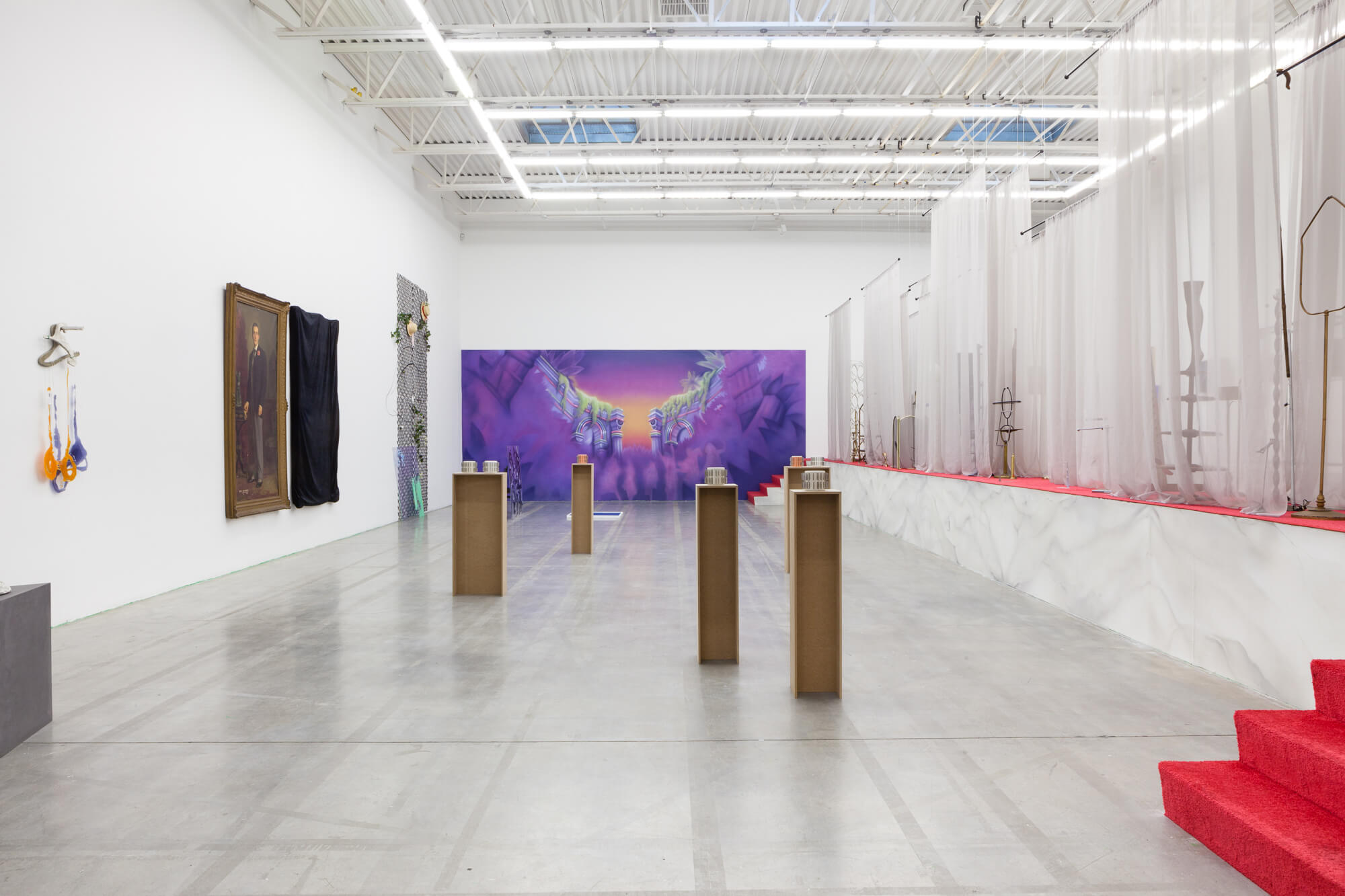 How does art fit into the history of cinema? This question forms the unifying thread that binds a group show currently on view at the Swiss Institute.

In “Fade In: Int. Art Gallery – Day,” which is up through May 8, 25 artists, including Jamian Juliano-Villani, Nairy Baghramian, Heman Chong, and GALA Committee, along with heavyweights like Cindy Sherman, Christian Marclay, and William Leavitt, offer their responses to films which use art objects to drive the plot.

“Art in mass media is part of a constellation of ideas and cliches about what an artist is, what an artist does, and what the artist’s role in society is,” said Simon Castets, the director and curator of the Swiss Institute, over email. “TV and film can guide individuals towards art just as easily as they can suggest that artists are a criminal, amoral underclass, and every artist we talked to had favorite examples that had remained with them for years.”

In Sherman’s response, for instance, she elected to engage with the 1945 American film adaptation of The Picture of Dorian Gray—an Oscar Wilde-penned tale that elevated painting to magical heights by giving a canvas the ability to absorb the aging process.

Sherman has paired the original painting created by Henrique Medina for the film with what the gallery’s text refers to as a “hidden painting,” which she has wrapped in black velvet, and named The Evil Twin.

“As soon as we mentioned the idea of the exhibition to Cindy Sherman she brought up The Picture of Dorian Gray (1945), which makes sense as she is an artist who is so fluent in the aesthetics and conventions of both film and portraiture,” said Castets. “The film is completely shot in black and white, save for four sections of Technicolor film that are inserted whenever the portrait is shown, showing the special power with which the painting is accorded. Sherman was immediately interested in trying to bring the original painting to Swiss Institute, and then responded to it with “The Evil Twin.” One imagines the aged, horrific image of Dorian Gray in the kinds of grotesquery that Sherman has explored in her own work.”

On an interesting note that conveys that Sherman is not the only one who was intrigued by this portrait, Medina’s painting was sold last May at auction at Christie’s for $149,000, according to the artnet Price Database. It had an estimate of only $5,000 – $8,000 and is now the artist’s record at auction.

Other artists on view committed to less mischievous approaches. Take Leavitt, for instance. The Los Angeles-based artist spent his early days crafting sets and props for various Hollywood studio productions. In a nod to this experience, Leavitt created a mock-up set for The Tropics, a script he wrote in the 1970s for a film that never got produced. You can see his faux set at the entrance to the show.

“We loved collecting examples of this everywhere—from haunted portraits of film noir to Clive Owen shoot-em-ups in the Guggenheim (in The International, 2009),” said Castets. “Part of the thrill and comedy of setting a destructive scene in the Guggenheim, where shadowy video installations stand in for a kind of ivory tower of contemporary culture, comes from a deep-seated fantasy to blow this all up. Popular culture is a place where these sorts of anxieties and desires are explored.”

At its core, what the exhibition offers is a unique window into art’s role in the world of popular film.