Under Destruction is a group exhibition featuring 20 internationally renowned contemporary artists that examine the use and role of destruction in today’s art. Fifty-one years after Swiss artist Jean Tinguely’s historic auto-destructive machine Homage to New York at MoMA (1960) the present exhibition proposes a series of alternative approaches to the theme of destruction.

Initially presented at the Museum Tinguely in Basel in one large exhibition in 2010, Under Destruction will be divided into three successive chapters for its incarnation at the Swiss Institute. Varying significantly from one another, each chapter will feature works loosely grouped together as much according to theme as to mood, and, although each chapter will function as an autonomous exhibition, three separate visits will be required to grasp the exhibition as a whole. This factor inevitably reflects the progressive, time-based nature of its subject matter while describing the narrative arc that links the three parts together.

The first part introduces destruction in some of its subtlest forms, exhibiting works whose destructive character and process seem to be either all but concealed or carefully controlled.

Nina Canell’s discreet Perpetuum Mobile (40 kg) (2009-2010) breaks down destruction to some of its finest, molecular components in a kinetic installation in which water is transformed into a mist via sonic vibrations, which then gradually hardens a nearby sack of cement.

Pavel Büchler’s series Modern Paintings (1999-2000) dissimulates a no less mechanical act into so many visual clichés of abstraction. Reminiscent of generic modern art, the series is culled from flea-market bought paintings which are un-stretched, inserted in a washer, and reconstituted by the artist on a stretcher such that they resemble Art Brut abstractions.

Alex Hubbard’s contemporary classic Cinépolis (2007), ironically underpinned by the principles of action painting and the flashy aesthetics of Pop Art, is a fitting counterpart to Büchler’s period pieces. Accompanied by a Foley soundtrack, this video portrays Hubbard subjecting a small movie screen to a series of ruinous gestures, such as torching a group of metallic balloons and then tarring and feathering the screen.

Although effectively destroyed, Monica Bonvicini’s White (2003), which consists of a cube of fractured safety glass, housing a square armature of illuminated neon tubes, nonetheless seeks to resist destruction, which will be unequivocal in the two following works.

The centripetal attrition of Nina Beier and Marie Lund’s History Makes a Young Man Old (2008) is complemented by the instantaneous, centrifugal explosion in Micheal Sailstorfer’s Untitled (Bulb) (2010). Although the former departs from the theme of technology, it is nevertheless driven by an idea that becomes a machine (to make art), using performance to facilitate a sense of deterioration wrought by time and use. For this piece, the artists direct the curators to roll a crystal ball from wherever it is purchased in the city of the exhibition venue to the exhibition site itself, an idiosyncratic odyssey, which inevitably renders the ball opaque and unseeing and thus turned irreversibly inward. Sailstorfer’s transfer of an HD video to a 16mm projection on the other hand, which depicts the super slow motion explosion of a light bulb shot by an air rifle, expands evocatively outward. At once a memento mori and an allegory of creation, the piece presages the more spectacular mode of destruction to come in chapter two.

Curated by Gianni Jetzer and Chris Sharp. A co-operation with Tinguely Musem Basel. 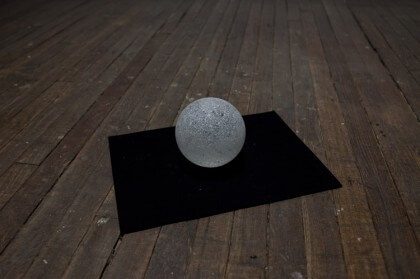 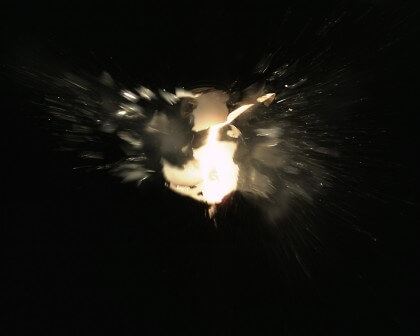 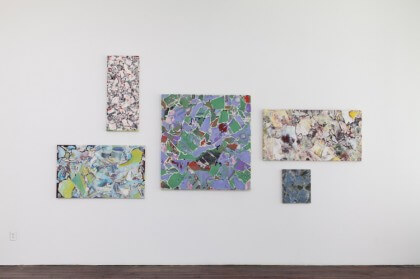 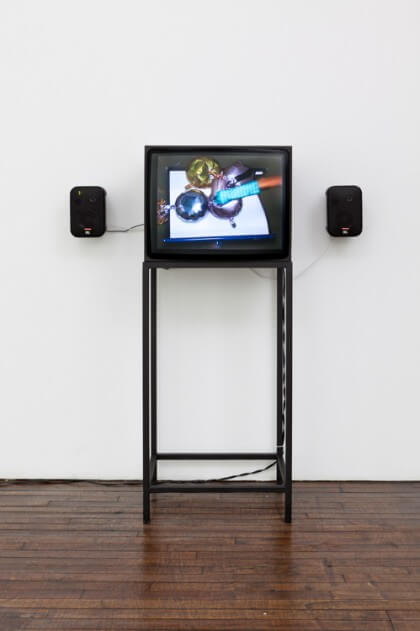 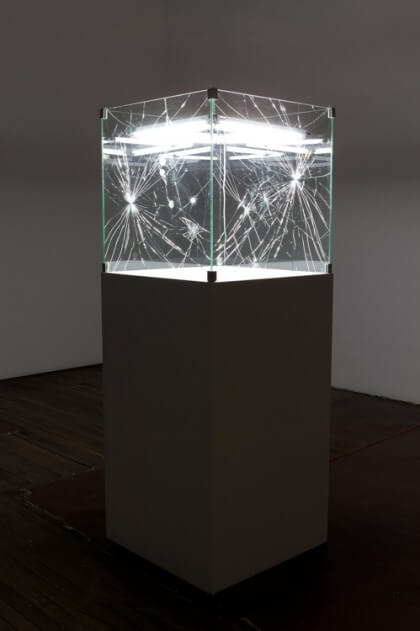