Shirana Shahbazi’s solo show at the Swiss Institute will be the largest exhibition of her work to date in the United States. On view at the Swiss Institute, Shahbazi presents a selection of sumptuous color photographs from her growing catalogue of projects, and a painting transcribed from one of her photographs by a team of Iranian artists. Cross-mixing geographic origins and pictorial formats from the monochrome to the propaganda poster, Shahbazi’s installation offers an image bank of the placeless and an anti-iconography of everyday life.

Born in Tehran in 1974 and educated in Germany and Switzerland, Shirana Shahbazi currently lives and works in Zurich. With roots in the conceptualist photography that flourished in Europe in the 1990s, Shahbazi’s practice mines the gap between the epic and the everyday, testing the capacity of archetypal genres – still life, portrait, landscape, snapshot – as carriers of pictorial information. With imagery taken from around the world, Shahbazi’s photographs trade in the variability of the ordinary, whether through representation of the commonplace or via abstraction. Overturning conventional photographic strategies – and in the process thwarting preconceptions of Iranian art and society – Shahbazi poses questions of translation that defy easy answers.

A book accompanies this exhibition, published by JRP Ringier, in association with the Swiss Institute, New York and the Barbican Art Gallery, London. Lavishly illustrated, the book focuses on Shirana Shahbazi’s photographic works with forewords by Kate Bush, Head of Barbican Art Galleries and Gianni Jetzer, Director of the Swiss Institute in New York, and an essay by Ali Subotnick, Curator at the Hammer Museum in Los Angeles.

The Swiss Institute is pleased to present this exhibition in cooperation with Salon 94, New York.

The exhibition is generously supported by the LUMA Foundation and Fogal, Switzerland. 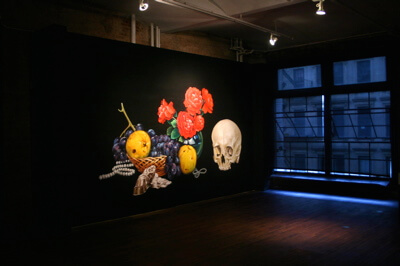 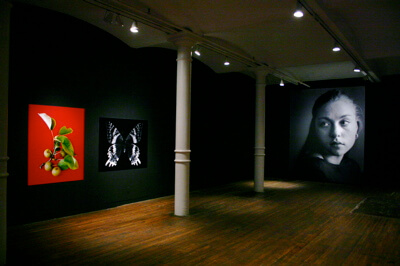