Swiss Institute is proud to present one of the rare solo exhibitions of Roman Signer in the United States. The renowned Swiss artist (*1938, lives in St. Gallen) will create a series of new works, installations and videos that typically include near-scientific experiments with humorous side effects.

Even though many of the works by Roman Signer do not deal with explosions, but rely on water, wind, sand, electricity, and fire, people tend to remember the experiments that blow up. All of Signer’s actions are carefully choreographed. As well as working in his studio, which he calls his lab, Signer often takes off to the Swiss mountains to conduct larger experiments. “I’m no scientist,” he maintains, “I’m a tinkerer.” Many of his happenings are not for public viewing, and are only documented in photos and film.

This exhibition at the Swiss Institute is divided into four rooms. The first room presents Piano (2010), which is comprised of a grand piano that is filled with table tennis balls. Two oscillating fans are placed on either side of the instrument. The gentle airflow causes the balls to dance on the chords, creating ambient music. The second room presents Cinema (2010) an installation with rows of wooden chairs and a projected film. In the back of the room, one chair mysteriously rocks back and forth, as if led by an invisible hand. The video is a transfer of one of the artist’s “Restenfilm,” or “leftovers,” clips of experiments that were never constituted into artworks and shots of places or events that are of particular interest to Signer. In the third room, three respective video projections of recent actions are shown: Shirt (2010); Two Umbrellas, Iceland (2008); and Office Chair (2010). The fourth and last room hosts the installation, Waiting for Harold Edgerton (2010), a minimal intervention that deliberately remains enigmatic. It gestures to the American photographer, who was well known for his speed photography and perpetuated as “the man who made time stand still.”

It is in the bathtub that Roman Signer develops the ideas for his creations (an important detail in case you book him a hotel room). He then tests them as simple setups in his studio. That is often far from easy; but the failures and adjustments generate new concepts. Roman Signer has been creating his unique sculptures for over 30 years, earning praise and recognition all over the world. And he does not seem to run out of ideas. 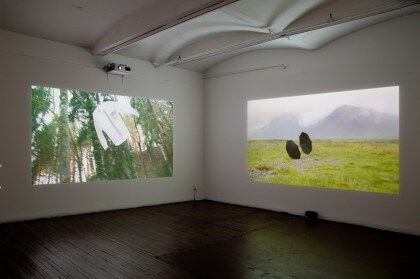 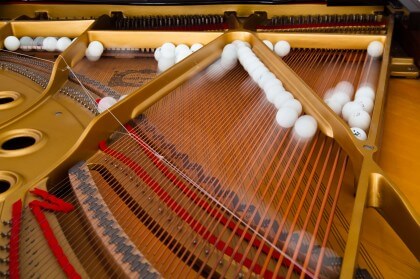 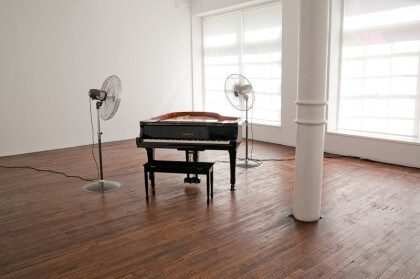 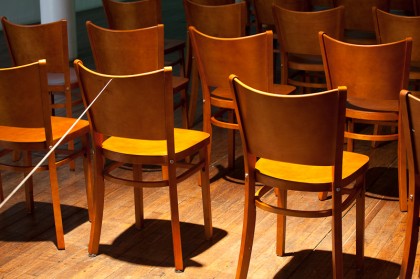 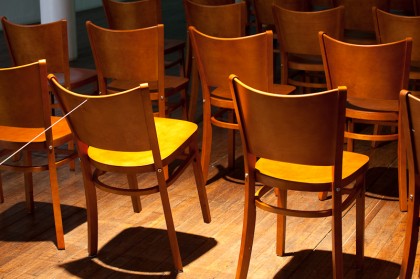 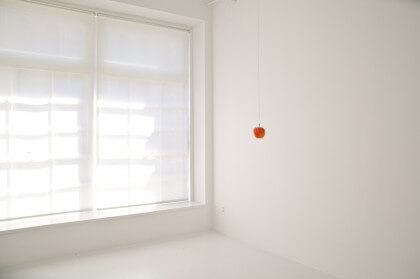 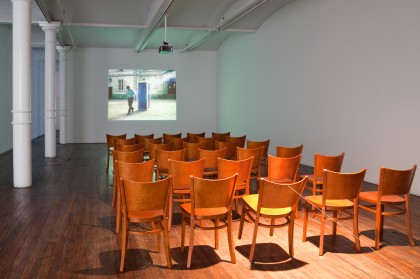