Painting and Jugs is comprised of large scale paintings and handmade ceramics, combining two adaptations of traditional media. Although presenting two divergent forms, painting and ceramics, the exhibition underscores affinity for collaborative production, a mode at the core of both bodies of work. This optimistic model generates questions about ideal working habits and examines the philosophical riddle of the individual versus the whole, or alternatively, the dissolution of ego and formation of community.

Linus Bill and Adrien Horni began working together just last year, for Horni’s irregularly published magazine, Turbo. As a result of their first effort, they were commissioned by the Swiss Advertising Commission to create a publication presenting the awardees of 2011. Limited to the palette of the original source material, the two employed strategies of collage and abstraction to create a varied, textured output. For this exhibition, the artists adapt the imagery by expanding its scale and sourcing silkscreen and painting to achieve a rhythm which is both fast and slow, one that confounds medium specificity.

Bastien Aubry / Dimitri Broquard, also known as FLAG, have worked together as a graphic design team since 2002. Feeling limited by the graphic medium, they turned toward ceramic-making in early 2007 for the exhibition My Monkey à Nancy. Aubry and Broquard, also individual artists, access the classic form of jugs and render them in an untraditional manner that touches upon discussions of kitsch and grotesque. The unwieldy, twisted forms and garish colors of the small-scale works provide a three dimensional foil to the supersized, flat and graphic quality of Bill and Horni’s painting.

Exhibition is made possible with support of Ministry of Culture, Canton Bern. 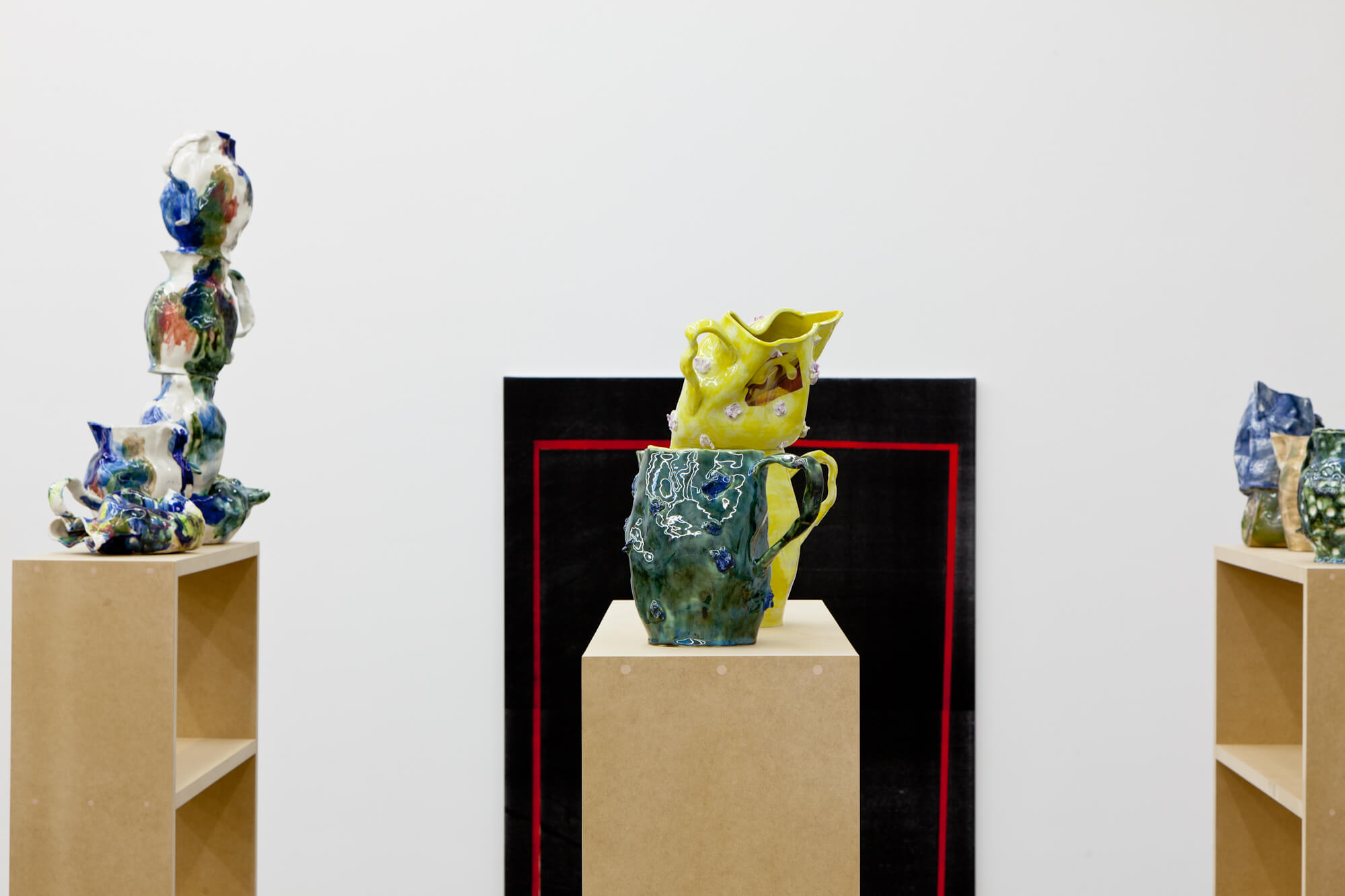 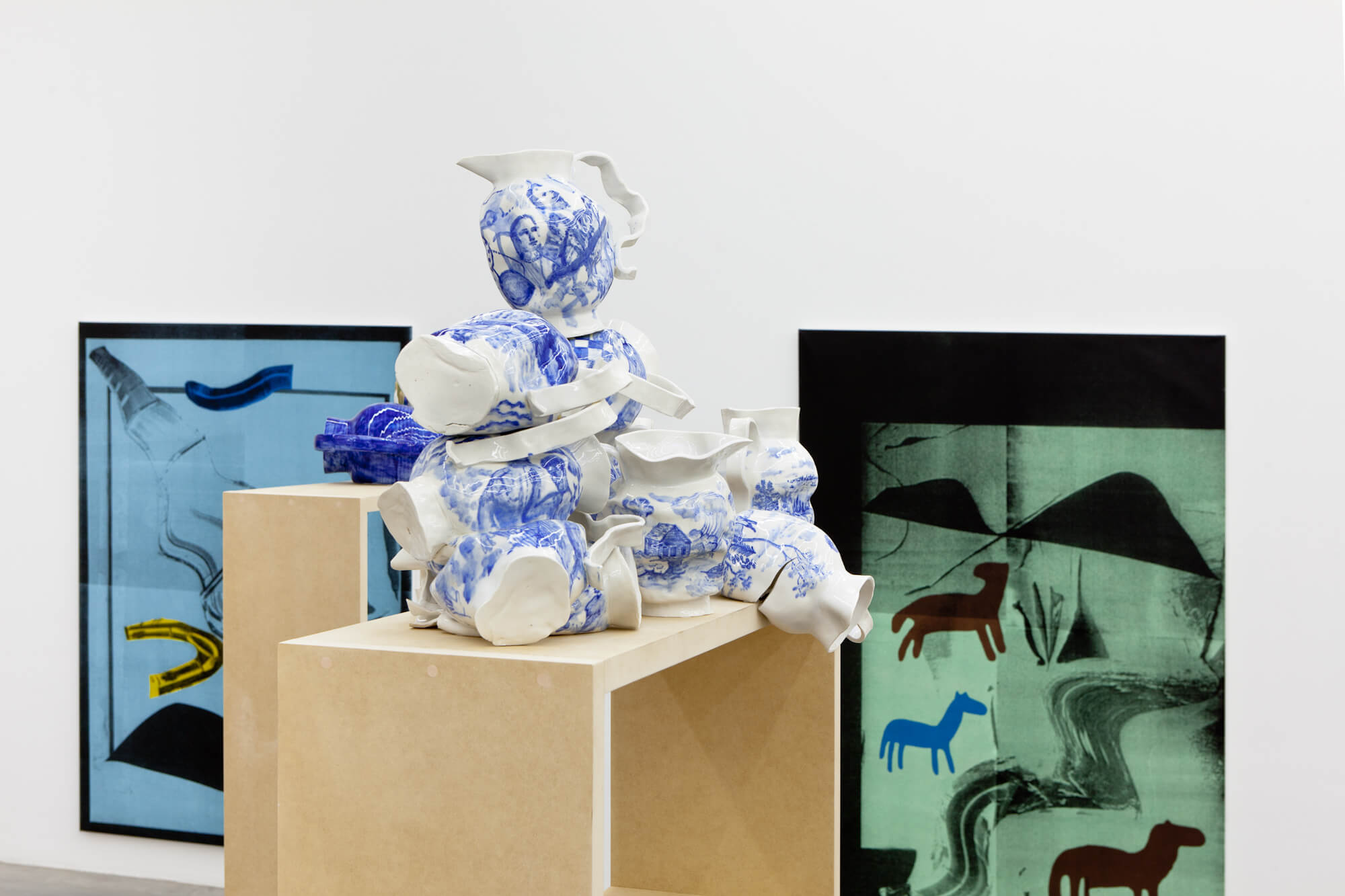 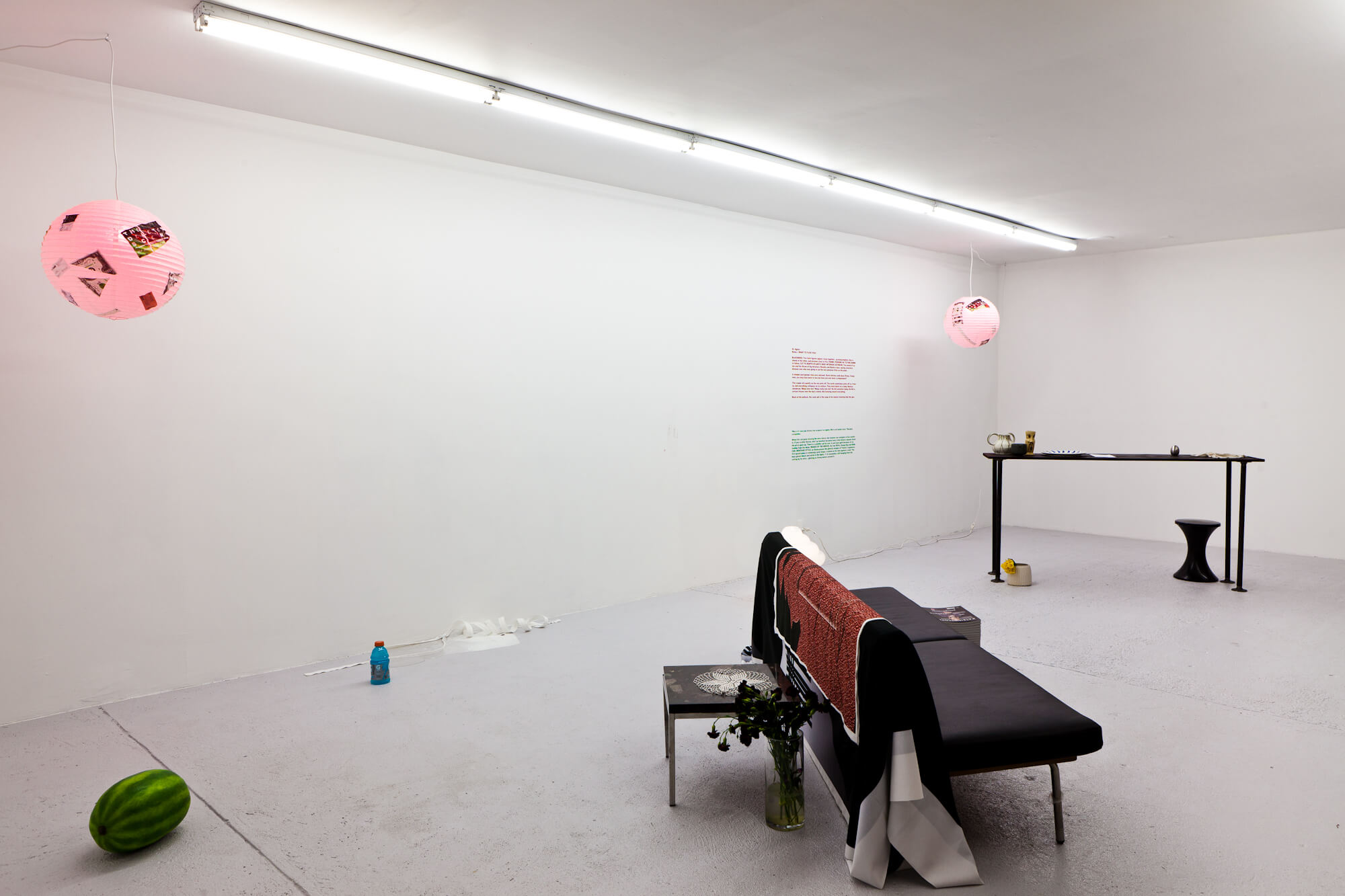 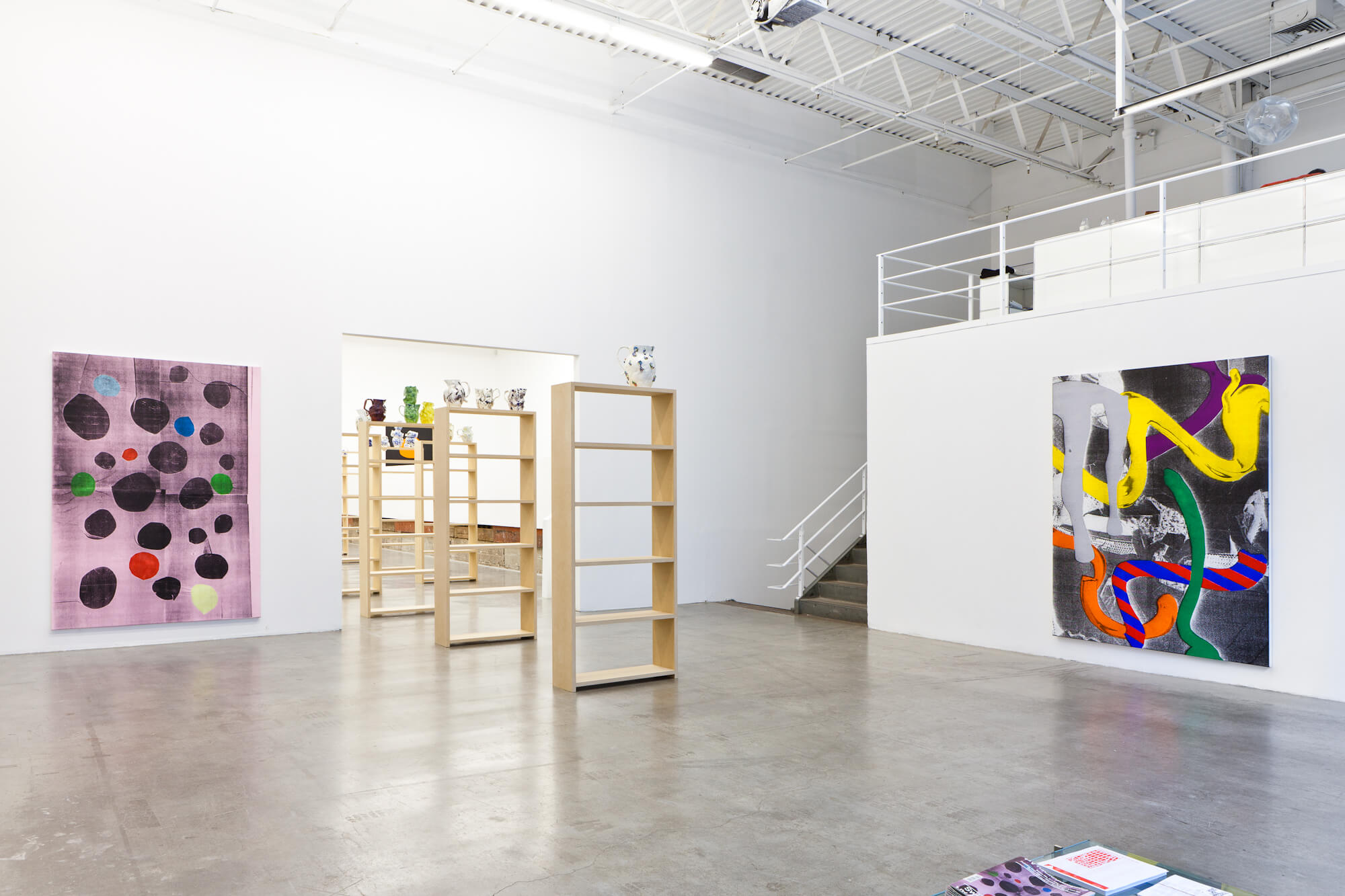 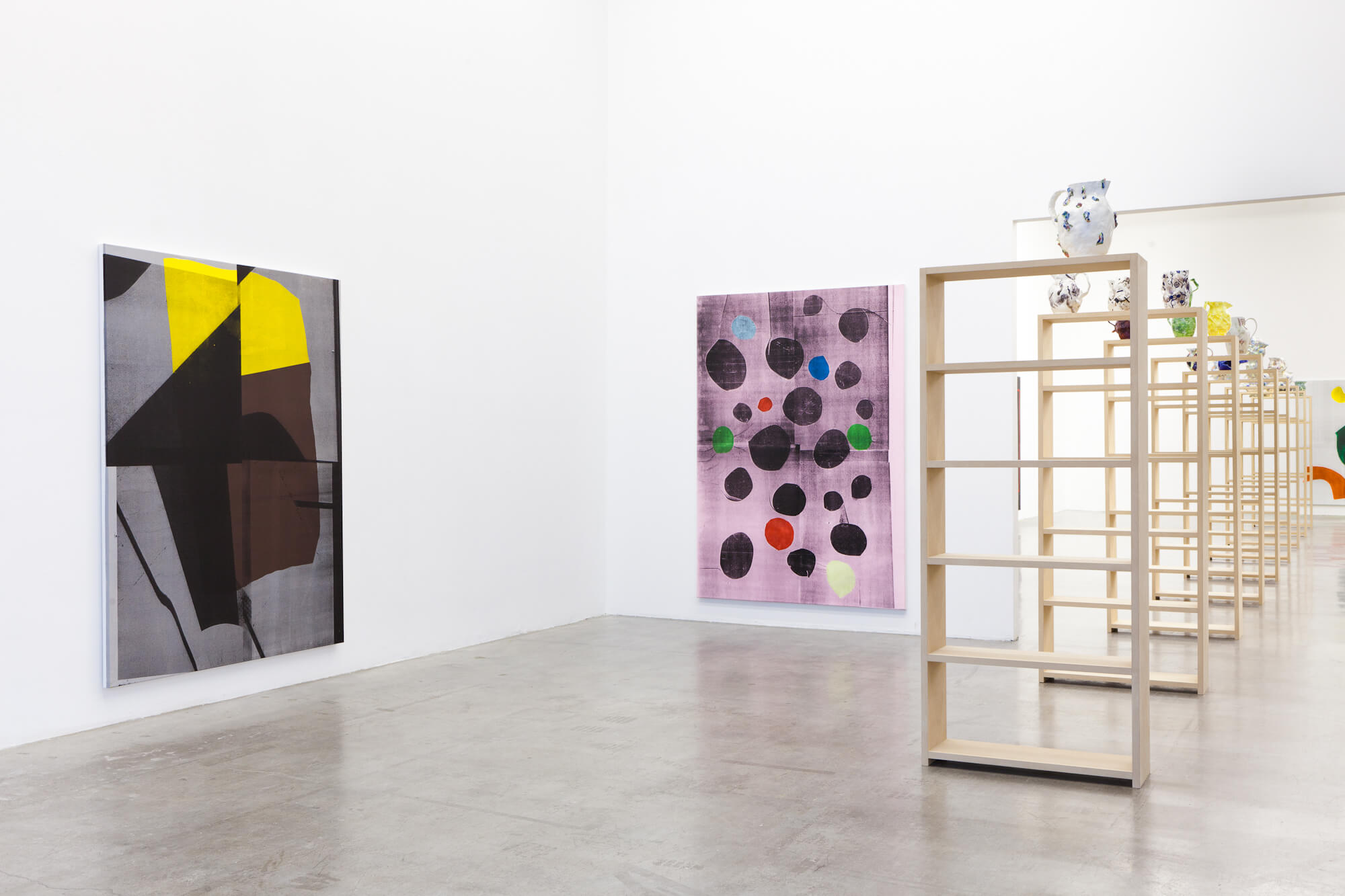 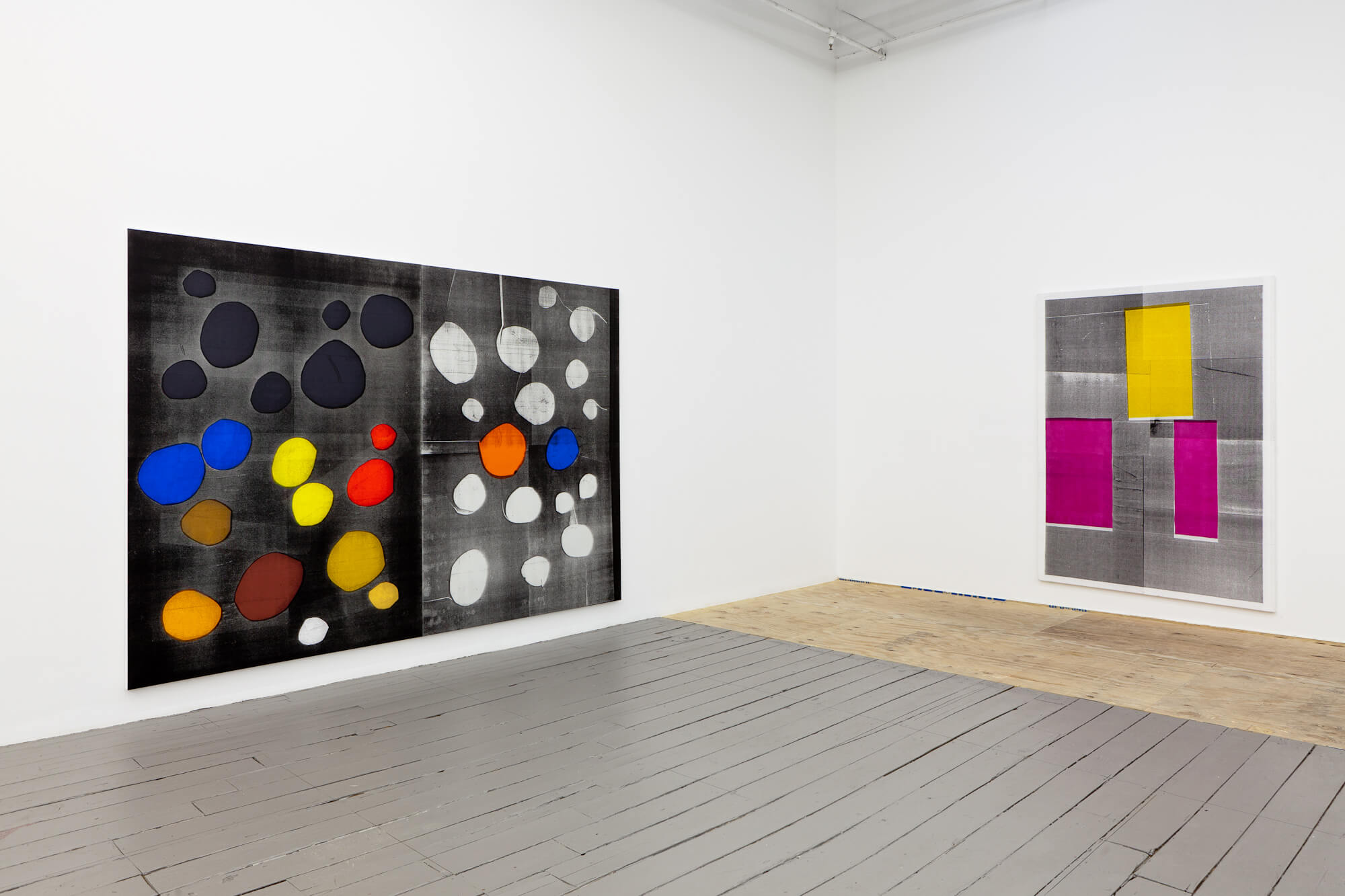 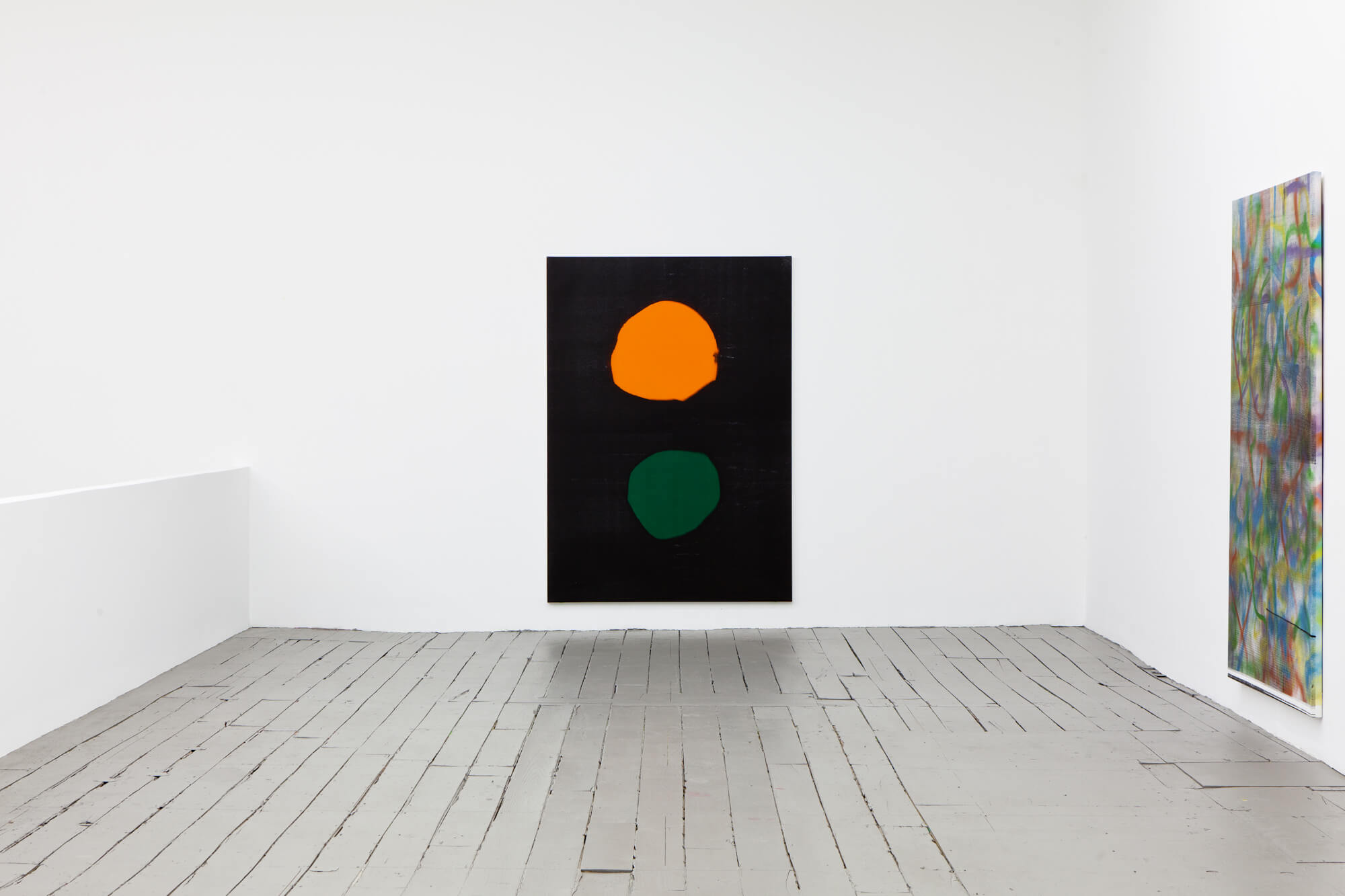 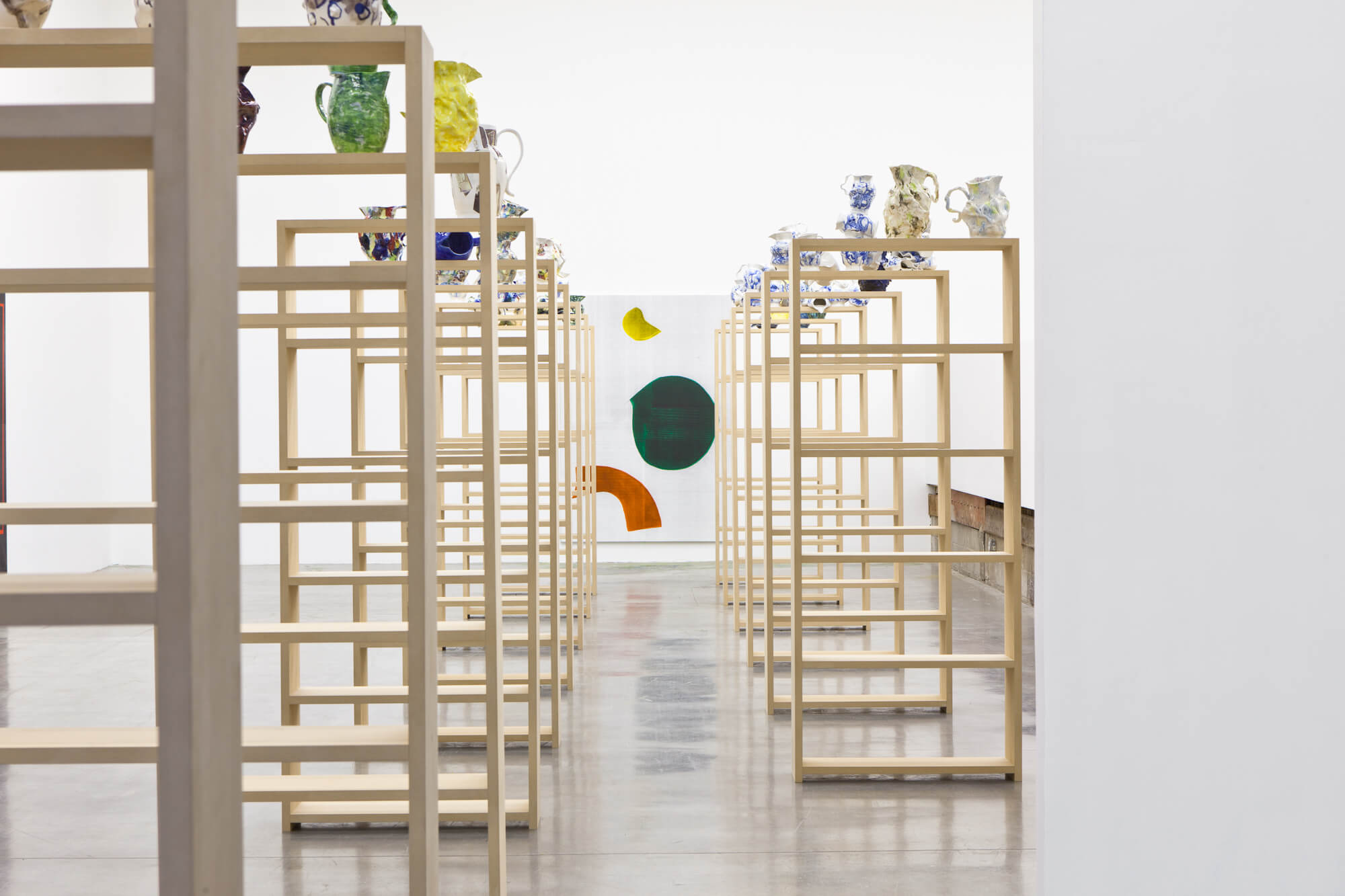