Swiss Institute is pleased to present Allyson Vieira’s first solo exhibition in an American institution. The Plural Present was initiated by Kunsthalle Basel. It continues for a second iteration in New York.

In The Plural Present , Allyson Vieira (b. 1979) explores the continuity between antiquity and contemporary art, calling attention to the elasticity of time via material, process, and structure. The site specific sculpture, The City Wall (2013), is constructed from 20 foot steel studs, screwed together into rectangular frames. This structure leans and torques as it circumscribes the gallery, guiding viewers through an undulating pathway that delineates space and invites movement.

Within this configuration stands the sculpture Beauty, Mirth, and Abundance (2013), three contrapposto female figures of carved and mortared bricks, inspired by The Three Graces located at The Metropolitan Museum of Art in New York (Roman, 2nd Century, CE). The debris accumulated from the production of Beauty, Mirth, and Abundance appears in the subsequent series of sculptures, Clad I-X (Beauty, Mirth, and Abundance). Physical labor remains palpable in these works, the form of which could be read as the artist’s “fossilized actions.” Visually, they can evoke the imprints of ancient steles and wall reliefs, geological sediments, and minimal sculpture. The size of the Clads reflect an attempt to harmonize the artist’s physical proportions with imperial and metric construction standards. The sculptures oscillate between chaos and order, recalling the mythological polarity between the Apollonian and Dionysian, organized symmetry versus unwieldy nature.

The exhibition continues in the lower level gallery with a two-room video installation. In the first room, a crisp, single channel video shows the tower, One World Trade Center, from street to spire, under construction, with tourists passing in the foreground. Like the Acropolis in ancient times, Ground Zero has emerged as a contemporary pilgrimage site upon which a succession of symbolic architecture has risen and fallen. The second, completely dark room functions as a camera obscura. An image slowly appears as one’s eyes adjust to the darkness. Barely visible, the video reflects, inverted, onto the far wall. Allyson Vieira calls upon antiquity, geology and post-minimalism in an imbrication of references stretching the perception of time. 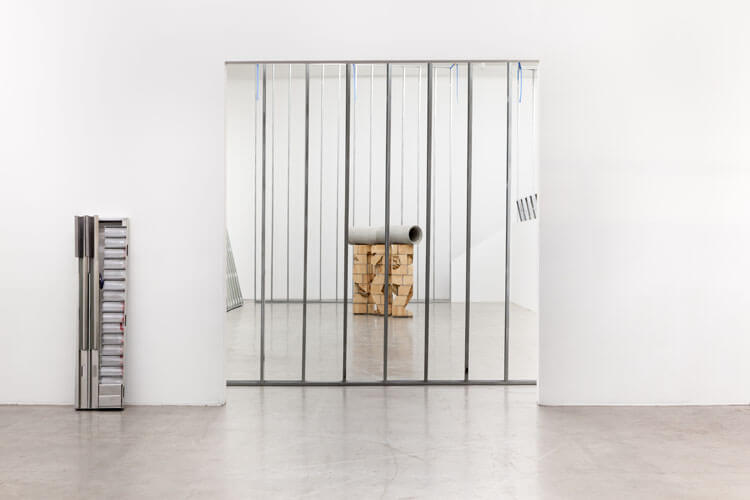 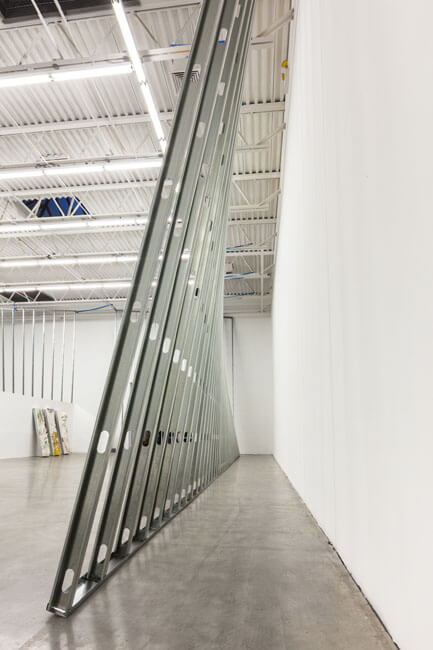 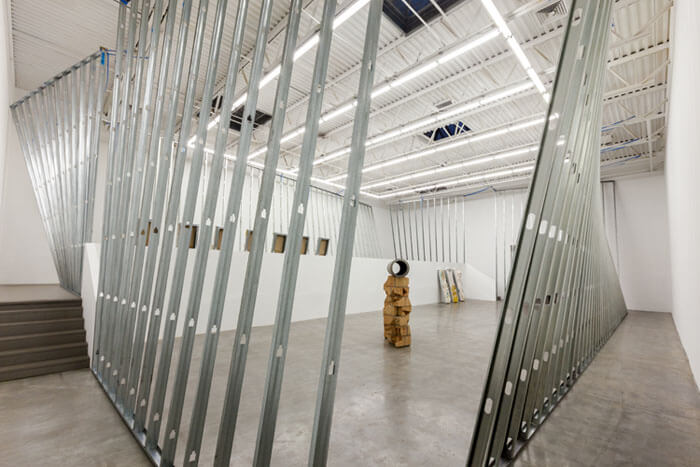 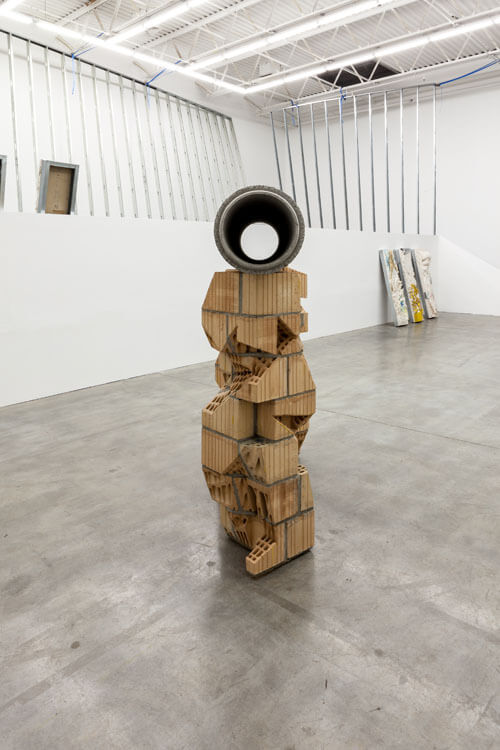 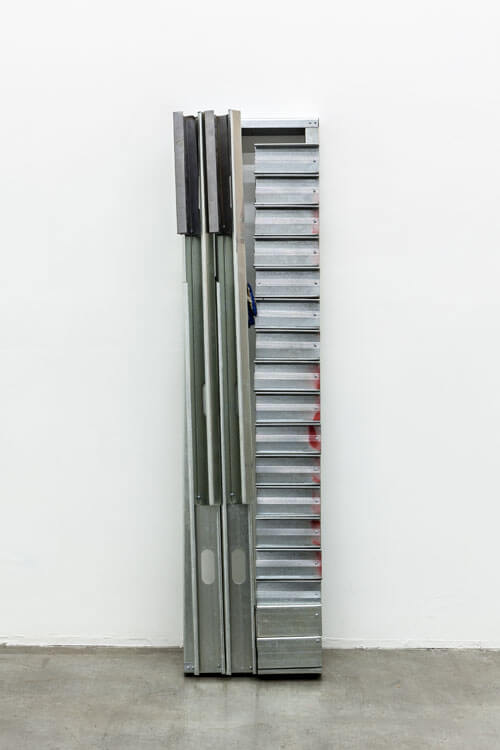 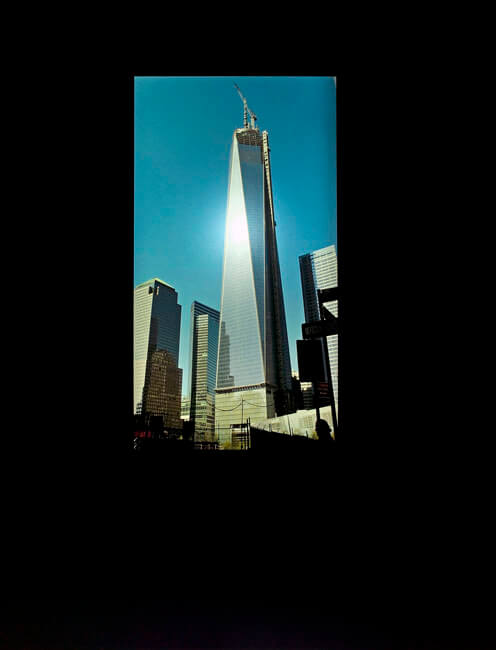 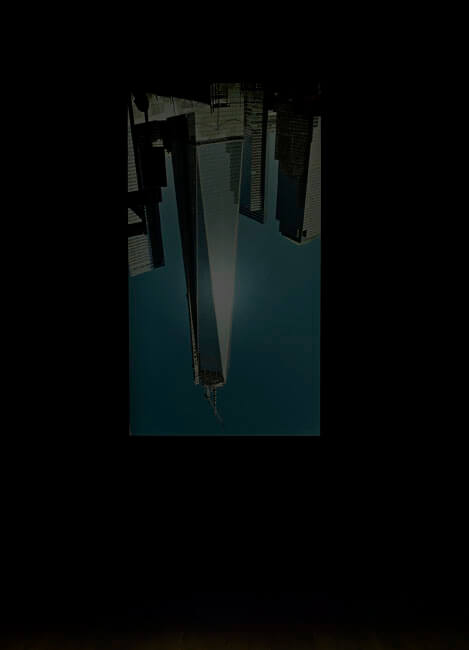 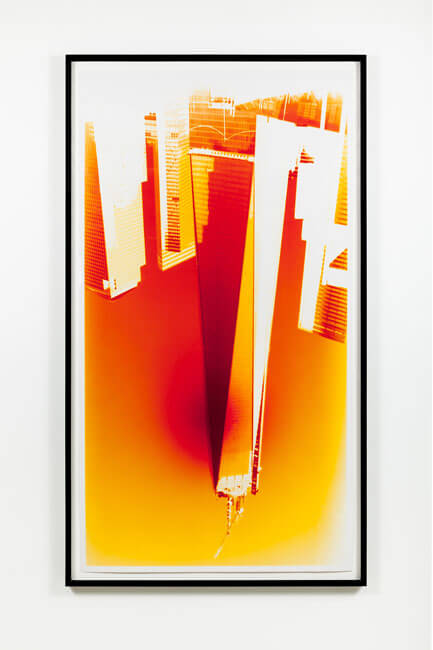