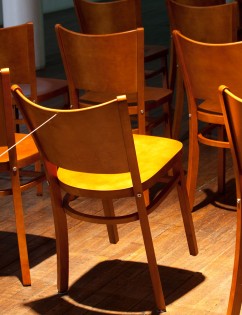 In 1996, Jeremy Millar began organizing Roman Signer’s first solo exhibition in the UK, and invited the artist to visit the gallery in London; appropriately enough, the gallery and surrounding area was sealed off due to a bomb threat. Since then, Millar has spoken and written on Signer on a number of occasions, including the description of a walk made with the artist which followed the route of his extraordinary work, Action with a Fuse (1989). Millar will talk about the exhibition, and how the works might relate to previous works by Signer, as well as other artists.