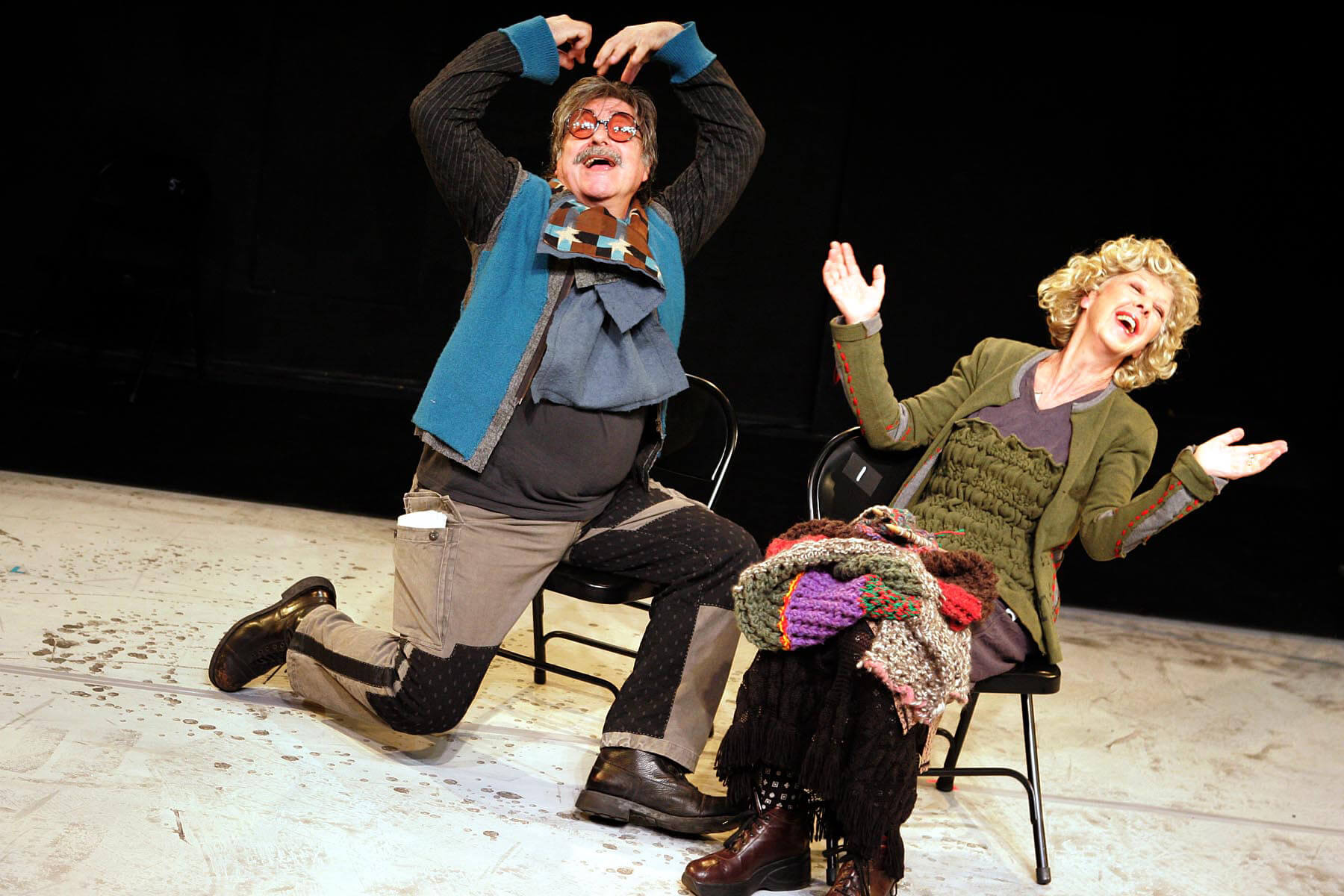 David Gordon talks with Valda Setterfield about the 1st accidental appearance and subsequent purposeful utilization in his movement and theater work, since 1974, of the pedestrian metal folding chair.

Gordon and Setterfield chronicle experiment with wooden chairs, rolling desk chairs as well as metal folding chairs from ‘74 through production at BAM Next Wave in 2004 of Eugene Ionesco’s The Chairs and during the last 10 years of productions of Aristophanes, William Shakespeare, Bertolt Brecht and Luigi Pirandello.

Gordon’s scripted thematic association with the chair as iconic prop and partner is part of an annotated “archiveography” to be donated and housed at the New York Public Library for the Performing Arts.