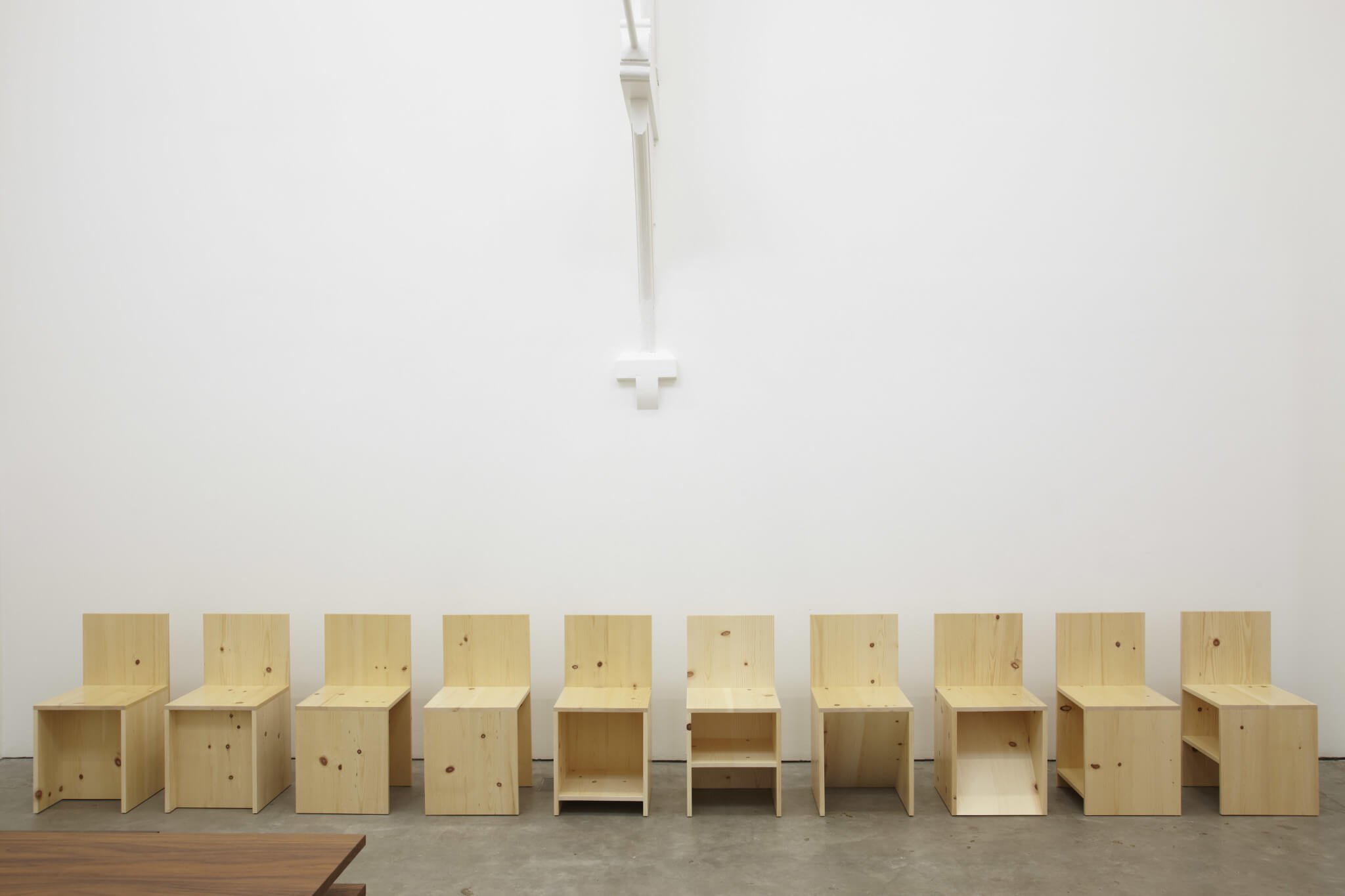 Please join us for a panel conversation on the expanded field of graphic design and architecture in New York, organized by Jiminie Ha.

Various Projects is a multidisciplinary design studio based in NYC and founded in 2006 by Elizabeth Beer and Brian Janusiak. In addition to consulting and client-based work, the studio oversees an on-going series of projects including the retail spaces, PROJECT No. 8; The clothing label, Various Projects, The company, VARIOUS KEYTAGS; and a growing collection of crazy-sweet hand knit state, regional and endangered birds called BIRD-WATCHING.

Rafael de Cárdenas is founder of design firm Rafael de Cárdenas / Architecture at Large. After receiving his B.A. from The Rhode Island School of Design, de Cárdenas began work as a men’s collection designer at Calvin Klein. In 1999 he began pursuing an architecture degree at Columbia University, later transferring to UCLA where he received his Master of Architecture in 2002. His first project following graduation was working with architect Greg Lynn on a redesign of the World Trade Center site. De Cárdenas then joined the New York offices of special effects production house Imaginary Forces as a creative director. In 2006 de Cárdenas founded Rafael de Cárdenas / Architecture at Large, and in 2011 de Cárdenas was appointed to Baccarat’s inaugural Board of Advisors, a panel of seven designers tasked with directing the company’s vision and future. Following his tenure, de Cárdenas was asked to design Baccarat’s Madison Avenue Flagship, which opened in June 2013. Architectural Digest has honored de Cárdenas as the first and only American invited to participate in AD Interiéurs Voyages 2012, and again in 2014 as a selected participant of the AD 100.

Jiminie Ha is the founder of With Projects, Inc. a multidisciplinary studio founded in 2008, which first began as a project space/gallery in New York City. With a collective background in fine arts, curation, creative direction, design, publishing & fashion, With Projects, Inc. has since expanded into publishing and product development. Clients and collaborators include Harvard Design Magazine, Frederic Malle, Marianne Boesky Gallery, Yemenwed, Paloma Powers, UOVO, American Academy in Rome, Arp, The Alps, and Maison Martin Margiela. She has led redesigns of Bidoun Magazine, Capricious Magazine, Art Asia Pacific Magazine and Surface Magazine. Interested in the intersections between the various creative fields, White Zinfandel, published by With Projects, Inc., is a continuation of this curatorial experiment, coupling food and art as a reliable means to provoke unexpected reactions, cravings and curiosities. Since 2011, White Zinfandel is an arts journal devoted to the visual manifestation of food culture produced within the lives of creative individuals. With a BA from Brown University (’01) and an MFA from Yale School of Art (’07), Jiminie was granted the Alice Kimball English Traveling Fellowship in 2007, and the Rome Prize fellowship in 2012 for her body of work. She is currently an adjunct professor at RISD, and continues to act as a critic at Yale University, Parsons The New School, Syracuse University School of Architecture.

Geoff Han is an independent graphic designer and educator working in the cultural field. He received an MFA in Graphic Design from Yale University in 2006. Recent clients include: Gavin Brown’s Enterprise, Goethe Institut New York, New Art Dealers Alliance (NADA), Reena Spaulings Gallery, SO–IL and Stedelijk Museum Amsterdam. He is a member of the architectural collective common room, was the founding Graphic Designer of PIN–UP magazine and Design Director for Another Man magazine. He is Adjunct Professor at Parsons The New School and has run workshops or been a critic at Columbia University, Gerrit Rietveld Academie, Typography Summer School, Werkplaats Typographie and Yale University.

Kristian Henson is a New York based designer and publisher. After receiving his MFA from Yale School of Art in 2012, he continued his studies and extended his design practice by actively collaborating with artists and institutions in The Philippines. He holds the position of Art Director for The Manila Review, a Filipino literary criticism and arts journal and is the Head of Design for The Office of Culture and Design, a platform for artists, writers and projects that investigate solutions for (primarily) developing world issues. In 2013, he co-founded Hardworking Goodlooking, a publishing imprint and studio that consolidates the experiments of The Office OCD. His publishing work has been exhibited at The New Museum, NY Art Book Fair, Printed Matter, Ooga Booga, PrintRoom Rotterdam, Asia-Pacific Photobook Archive Melborne, OBSCURA Festival Malaysia, Ateneo University Press and The Singapore Art Museum.

Ellen Lupton is Senior Curator of Contemporary Design at Cooper Hewitt, Smithsonian Design Museum in New York City. Recent exhibitions include “Graphic Design—Now in Production,” co-organized by Cooper-Hewitt and the Walker Art Center. Lupton also serves as director of the Graphic Design MFA Program at MICA (Maryland Institute College of Art) in Baltimore, where she has authored numerous books on design processes, including “Thinking with Type,” “Graphic Design Thinking,” “Type on Screen,” and “Graphic Design: The New Basics.” Her latest book and exhibition is “Beautiful Users” (December 2014).

In 2012, Ryan Waller started the design studio Other Means with Gary Fogelson, Phil Lubliner, and Vance Wellenstein. Some of the clients they work with are Art in General, Artis, East of Borneo, Institute of Contemporary Art, Philadelphia, and MoMA PS1. In 2013, they initiated the New York session of Typography Summer School, a weeklong program of applied typographic instruction originally founded by Fraser Muggeridge. In 2014, with Roland Früh and Corina Neuenschwander, they hosted a series of informal talks with designers and artists called Easy Lessoning. Since 2010, Ryan has co-run Primetime, a project space in the Donut District. Ryan joined the MFA program at Pratt Institute in 2012 after returning from a Research fellowship in Switzerland on a Fulbright Award through Ecole cantonale d’art de Lausanne & Federal Office of Culture, Bern. He has lectured and workshopped at CalArts, RISD, and Yale School of Art.