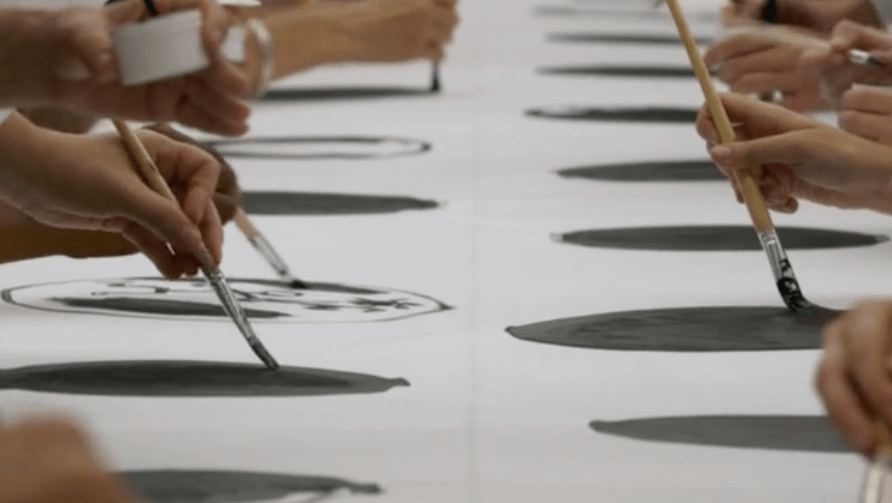 Following the production of 160 Dots at Swiss Institute in September 2015, Jonathan Horowitz will display the outcome of this project at Swiss Institute. The work is comprised of a 50 ft. bolt of fabric on which 160 participants each painted a dot, following a given set of instructions. Through a discussion on the sale of the resultant work, participants and Horowitz decided together upon the disbursement of its proceeds.